Posted on September 30, 2015 by jillbpearlman 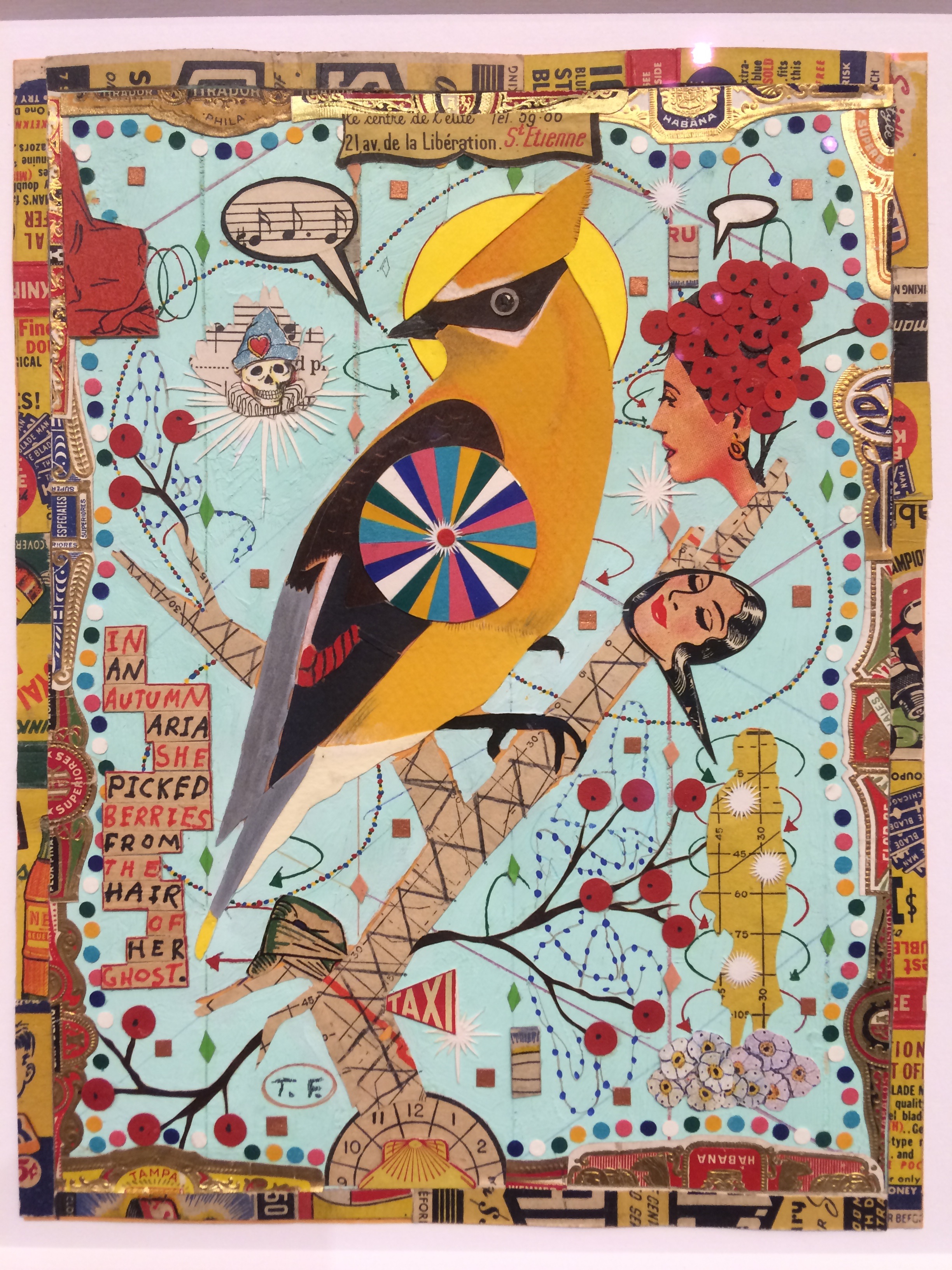 In Tony Fitzpatrick’s visual collage-poem, fall is a tumble into exuberance. Like in a circus, like memory, you want to look everywhere, do everything. There are too many things to taste, to hear, to savor.  All sensations vie for your attention.

Some events are pulled deep from memory.  They are conjured by bubblegum wrappers that Fitzpatrick, a former tattoo artist and boxer, used to make the print’s frame  (I remembered them right away), the cigar wrappers he weaves with the cheap cardboard.  If chewing gum and smoking were part of the autumn rituals of childhood past, so were the pleasure of comic books, pictures of cool girls – and doodling.

There was also school.   School makes a major appearance as the branch of the tree in Fitzpatrick’s collage. Sheets of old math workbooks form the bark of the long twig that makes the structural diagonal.

And finally, amidst the hurdy-gurdy of nostalgia that builds on itself, there is something that will get our attention. The large and central yellow bird has a peerless, unblinking eye. It stares out at us.   Right on its feathers, dead center in the picture, is a pinwheel which can spin but doesn’t. Something will catch your eye and hold it, keep it fascinated and suspended. Its music might not be comforting; it might sing a tune that forces deep thought and introspection. Hold your attention like an autumn holy bird, if only for a moment.

The Secret Birds and Other Works, by Tony Fitzpatrick, on view at List Art Center Lobby, Brown University