The Who’s Who of Yom Kippur & Eid

Posted on September 22, 2015 by jillbpearlman 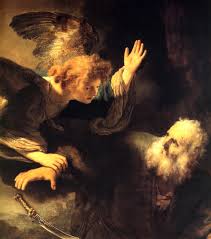 Conspiracy theories might think: There goes the Divine again, pulling strings, making two holidays of warring fraternal religions on the same day. Yes, the sacred holidays of Judaism and Islam, Yom Kippur and Eid al-Adha, both fall on September 23. It’s picturesque to note that the entrance to the Damascus Gate in Jerusalem is piled high with tropical fruits and vegetables while near the Jaffa gate, Jewish shoppers are buying challah, smoked fishes and fruits for the feast after the full day’s fast.

It’s an opportunity for rabbis and imams involved in interfaith dialog to show how respect can be generated, to discuss the way each holiday extends from the same story of Abraham but has been interpreted differently. The triangles of Abraham, Sarah and Hagar, that conflict of Isaac and Ishmael are certainly beyond the discussion on this blog. But they are fascinating, and at least two, but no doubt more peacemakers discuss the fine points. They also point out that what cannot be done at a national level can sometimes be done when people sit side by side, looking into each other’s eyes. http://www.huffingtonpost.com/rabbi-marc-schneier/yom-kippur-eid-aladha-com_b_8160702.html

The awe in the story comes most powerfully from the moment of recognition of the Other. In his terrifying encounter, Abraham looks into the eyes of the divine messenger and has a complete understanding of what that Being requires. It is a moment of transcendence of ego, a recognition beyond himself. He sees and hears the message: Thou Shall Not Kill.  Steven Shankman argues his powerfully in his book, Other Others. Abraham takes responsibility in a turn – “teshuva” in Hebrew means turn – commonly conceived of as repentance.

The depth of soul-searching isn’t confined to the individual ego, even its own sins and stupidities. It has to go beyond victimhood, and its cousin, competitive victimhood. The rapping on the heart to confess for strangers’ transgressions in the Yom Kippur Al Het prayer is equally powerful; even our own nasty business brings us to look into the eyes of an Other. And there, we recognize ourselves, our obligations, our essence.

2 Responses to The Who’s Who of Yom Kippur & Eid