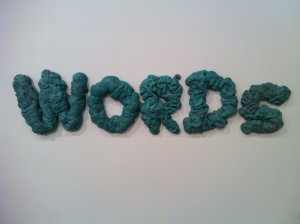 The novel Clio’s Mobile Home is a facet of my creative work. Several characters in my novel write poems; I am serious about writing poetry. I also work on short shorts, and short stories. They are all modes of thinking about identity, transcendence and beauty in contemporary life. Art keeps us aloft, but it is more than decoration. Its force can be astounding. The artist becomes an instrument, and art lives to tell the tale.

thanksgiving in blue, quince and gray

Posted on November 26, 2020 by jillbpearlman

It’s raining, a dreary gray-drenched drizzly rain. But rain blurs, takes the detail from things. What is data in rain? What is insistent, goal-driven argument? What is rain plus holiday? A chance to lay down my arms. Rest in a different kind of time. Steep in blue-gray pointillism where we can see ourselves in a continuous, constantly reimagined line. There were parents who puzzled the mysteries of cranberries and giving thanks during a World War; we once ran around Paris searching for airelles, cranberries, in a self-appointed quest. And in small pods, today all figurations of “we” will be losing some of our grievances. Yes, puzzling the mysteries of celebrating during crisis. Yes, cognizant of all the suffering and challenges – God knows we’re in the soup. At the same time celebrating the soup.

Posted on November 15, 2020 by jillbpearlman

I wanted a cheap fix, a release, an anything
but the present thing, a veering from catastrophe

and know as the wind blows
there is no quick fix

but jeez, how little is granted, how stingy reality,
how it seeps its goodness,

what a frustrating partner is reason, seeming
other to my others, I tear my hair out

so I too began to dance, to shake off the tick
to make it make sense, I turned

the snow globe on its head, I spun the disk,
shook the paradigm, I know in my bones

it is good nonetheless.

TO THE OTHER SIDE!

Posted on November 8, 2020 by jillbpearlman

Praise the stepping stones!  Simple, each notched and shaped with its own smooth surface. Laid for one purpose — to help us get to the other side.  To balance delicately over the raging chaos.  Monsters bark; still, praise the plank, several planks, foraged from the rough forest.   They feel good to the feet.   Everything old feels new,  brought back from the brink.  We’d been wandering, lost.  We wouldn’t have lasted much longer.

The old not a destination, not an end game, not a savior.  See it as an in-between.  Horns honk, celebrations, rituals mark a passage.  The in-between is always our place.  Savor our own deep resources.  Never should they be surrendered.  We’ve taken the bridge from the abyss toward a resting place with a vision to the future.

Posted on November 1, 2020 by jillbpearlman

Kafka saw it, part tragedy, part comic.
They pulled us off our axis
put us in immobilis, the gnawing cell
of isolation, of terror

who is there, with a hand to catch —
to touch us —

We knew to cut the rug
foot-deep in the middle of the sensuous world,
each moment waking the next

Whisk, whisk.  Blow.  Spin it on its head
to rest in the dark.
Whirl, dear life, impertinent joy.

October Blues (and other shades)

October’s precision.  Everything under the sun is sharp, preening with the ethic of freshly waxed cars, buffed and shined.  It is as nails made brilliant, as hard bright vernis.  Brushed wire.  It is shadow or it is not.  It is bursting pods.  It is golden rust, rods, pods.  A leaf falls into a pile of stiff percussion.  Rustling.  Crouching leaf, crouching skeleton.  Wine veined, ochre colored.  Same conversation with variation.  The earth is calling in echoes to other years.  I hear those long corridors of open Os, speaking the language of color.

No more summer sonata, no more crickets.  Other beings supply the current of high-wire urgency.  Anxiety in the air, human panic.  Mud flats of nation and politics.  There is no joy in mudsville.  No joy in being Cassandra, having watched the hard-muscled tide of the courts over 20 years.  It’s all happening – decay.

Americans are tuned to our tale of woe, and I’m one of them.  It’s hard to turn away, to oscillate, to equate that with care.  The next two weeks – oh, the indignity, and oh, the dignity required to be a bystander on this earth.

Posted on October 9, 2020 by jillbpearlman

Ground Under our Feet?

Posted on October 4, 2020 by jillbpearlman

We live between four walls, they are temporary, fragile, often cheap, sometimes made of scythed corn stalks.  They have been speared into the ground for the Jewish holiday of Sukkot, they won’t hold for long, their very nature is impermanence.  While they last, swaying in the crisp weedy air, let’s whoop it up inside!  Let’s eat and drink and talk about wandering and homelessness, how great paradigms rise and fall but never die.  Let’s go into the rattle of uncertainties, though while we’re sitting or standing in one place, we’re in A Place.

How in-between and gappy everything is!  Between the four walls, between the moment and la durée, we are also sitting between our spry and grinding doubt and our aspirations.  Against the backdrop of black sky – for in this Sukkah there is no thatch, no leaf cover, no tile, no roof – I see the scintillating stars.  Is it true that “the world spins nightly towards its brightness and we are on it,” as C.D. Wright wrote? These weeks of radical chaos make it hard to believe anything except dismay and revulsion. “I heard him, he was washing the world, unseen, nightlong, real.”  Paul Celan, is it so?  Mood swings are counted not in days, but in hours; the decision to start over can happen several times a day.

We know how many things we claim are random and by chance, and how a flag flying over us becomes tatty and shorn.  Identities fall away.  The Place, one of the names of God, is maddeningly ambiguous and general, but I tend to like ambiguous and general.  I saw a fox standing in my garden one morning. What an indifferent, charged, gleaming animal that decided, after a stare-off, that I wasn’t worth the effort, and wandered off; it was a serene confrontation. This is the challenge, how to live in our grounded groundlessness, our wanderings, in our corn-stalk houses, here, hineini, finding one place to stand.

Storm King (Art in the Time of Covid)

Posted on September 25, 2020 by jillbpearlman

Posted on September 13, 2020 by jillbpearlman

Then, as if the bonfires of vine cuttings have been let loose on the country, already fires, fires, fires.  Fire balls and lies and a house divided.  Unloosed color that are not our crystalline days.  Our, not our days.  Dazed by destruction, red-hot beauty that flashes in its rage.  Haze of underwater yellow dawn.  Smoke, air moving in its own way.

Leaders loosened from any ground.  Pronouncements. As with everything, the language exposes.  What are fears are.  What we’re not saying.

Already turn, turn.  Turn of the twirling leaf.  Turn of teshuva of the Jewish New Year — return to a better self.  Breakdown, collapse, strip to origins.  Quiver, terror, suspense.  Turn after a long stare of paralysis.  Reap what you sow — maybe.  Reap in spite of what you sowed – maybe.  No guarantees.  Mystery.  Be nourished by all experience.  Sow, pause in the nothingness.

The ripe tomato turns on the vine.

There are those who hate cicadas as they hate the summer sun. I myself love both.  The haters hear cacaphony, noise, intrusion. They hear one solid tone – abrasive – not noticing how the insect chorus of crickets and cicada throbs, then silences, throbs again.  They hear “scissor-grinders.” They hear the snapping of a tab from a cola can, up and back, in magnified repetition.  They don’t hear the hum of deep satisfaction or the sense of time passing and the moment fulfilled, though maybe they hear grief in summer’s end.

I have wracked up an array of pantheistic images of this summer soundtrack which have come in handy this most trying of weeks.  Time slows in August, that motionless high summer standstill.  But I, like many, found myself staring at spectacles of dystopia.  Further incursions of terror.  Election Day dread.  The top somehow keeps spinning, even as it slows down, teeters, leans as far from its axis of normalcy as seems possible.  Light sweat becomes greasier.  The levels of cynicism keep upping, possibly a way of preservation.

The insect chorus kept spinning.  For some species the high-stakes erotic daytime display is a suicide song. But at night, the song softens to a rhythmic chant, a round of pure incantation.  As the dervish dances into trance, the insect night calms to its given.  I’ve heard an eternal soundtrack, the god in timeless dance shaking her string of bells, every night from a different limb.  Or worshippers in thrall to cosmic energies, in a public display of meditation. I’ve heard a sound girdle across the earth’s broad waist, a web of communication, the chanting wordless word of consolation.  It’s there, for those who listen, and I’ll be listening keenly as the seasons shift.