Posted on December 21, 2014 by jillbpearlman 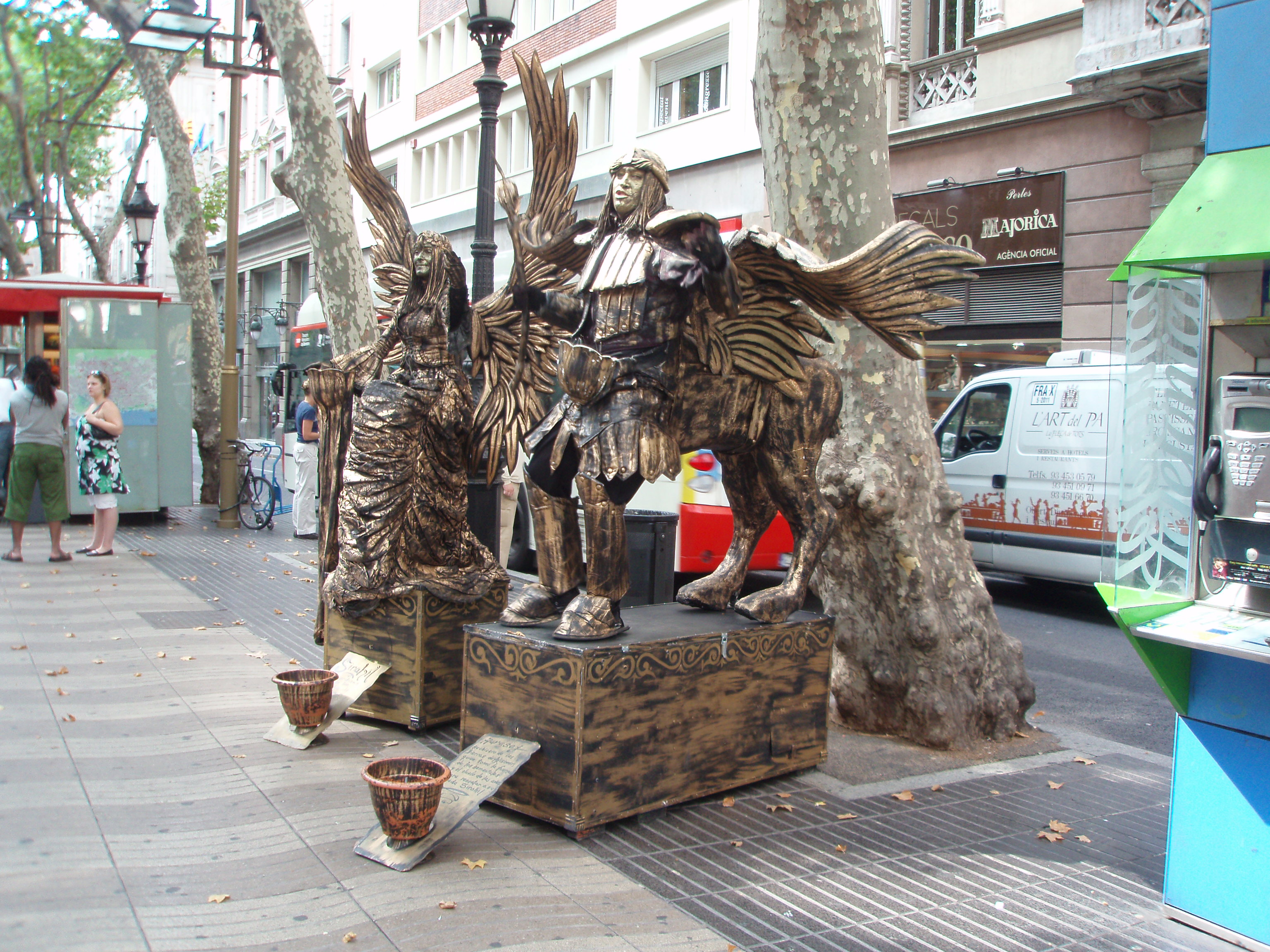 Baudelaire had a cabinet full of images for the artist – artist as circus performer, as a skilled worker who toils away at a craft, even as a snake charmer working with dangerous matter.  The personas multiply, doubling on themselves, getting more and more complex.

In my story “Becoming Cleopatra,” recently published on Wells Street Journal and adapted from my novel, Clio’s Mobile Home, Clio becomes the artist in the exploration of guises. Juggling feelings of self-loathing, pain and a lingering sense of self-importance, she takes the stand in the middle of the Ramblas, the great avenue of enchantment and guises and entertainment in Barcelona. She begins to mime the great queen Cleopatra.   Clio is performing a self paradoxically, as after trauma she’s suffered in New York, she’s empty of selves. In her high-wire act before the crowds that stroll the Ramblas morning til evening, she depends on nothing but all five senses. She is initiating herself into the dangerous arts as Cleopatra herself might have done – handling the charm and distraction of seduction and sex as a way of getting at much more powerful modes.

Then comes the snake. In miming Cleopatra, Clio plunges deeper into Baudelaire’s image of the artist as snake charmer.  Handling a snake with its sinuous motion is like handling sensual verses (and selves) in motion, the critic Graham Chesters observed.  Both challenge the observer to withstand horror in appreciate of aesthetic skill.   Like many games, Clio’s game of guises is light in the way of deadly serious things.