Posted on September 9, 2018 by jillbpearlman 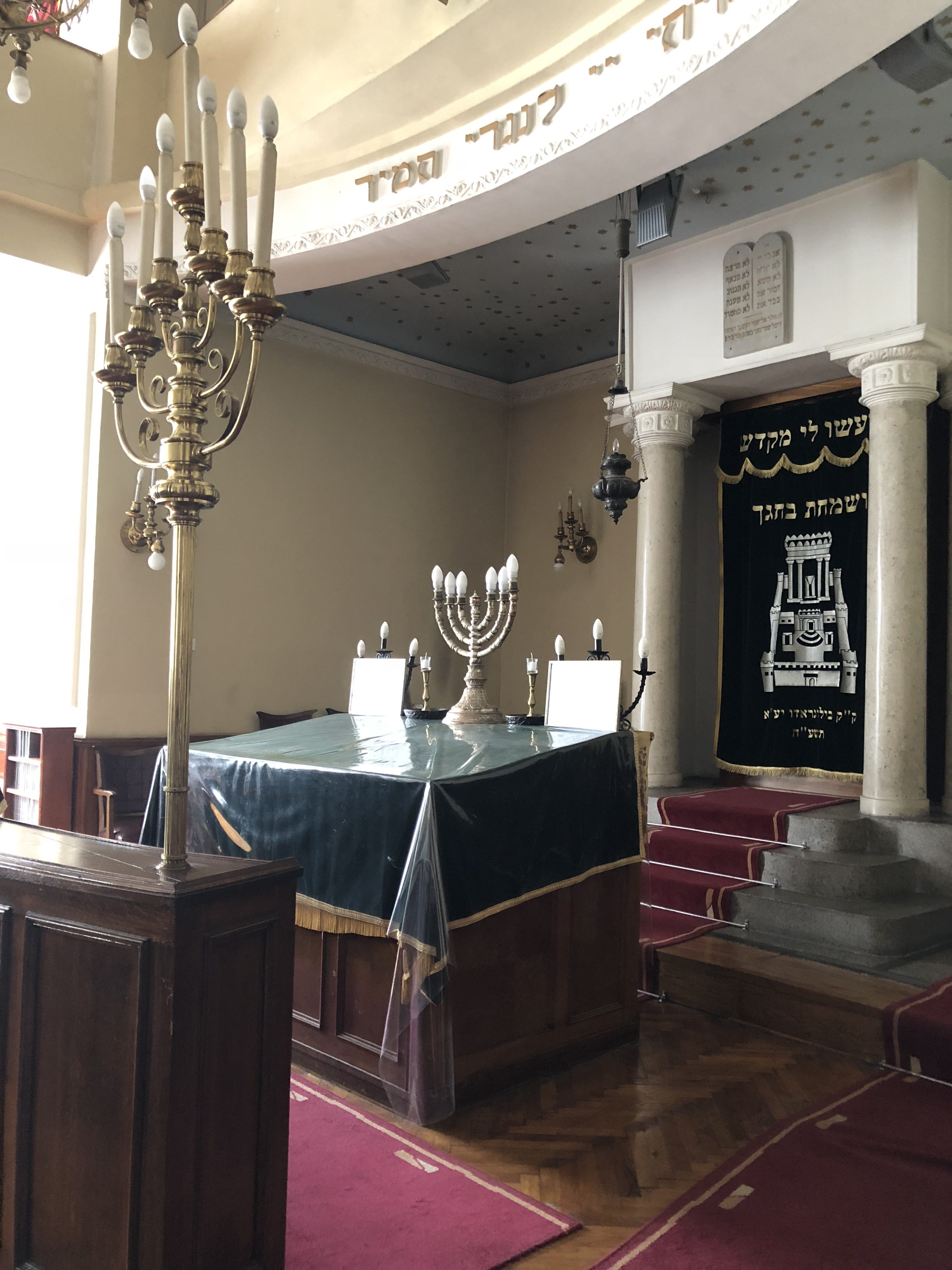 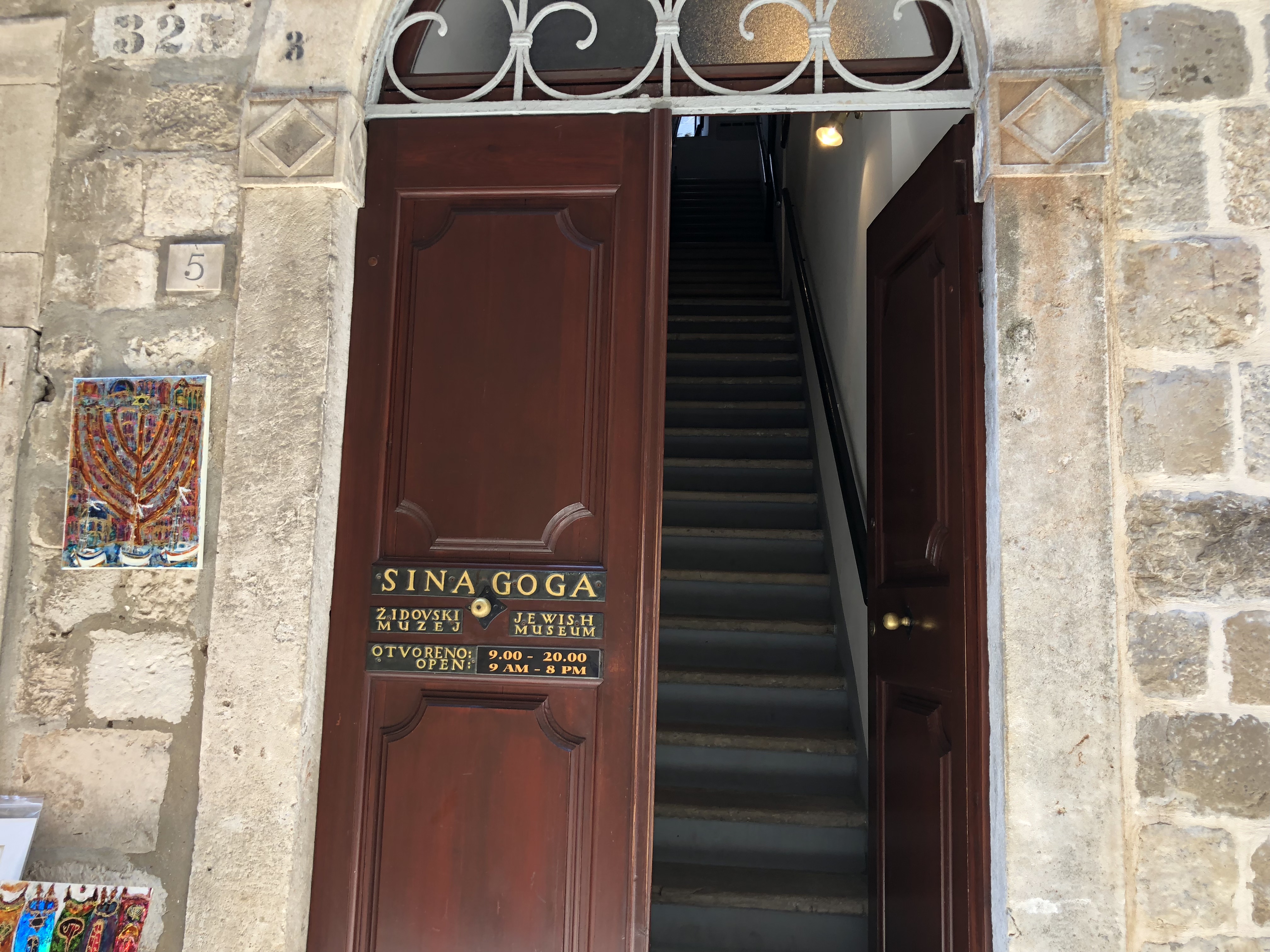 The synagogue in Dubrovnik, Croatia – a piece of culture that was lurking but hadn’t come to the fore until it was in front of me, a doorway on one of the many stone alleyways.  I went up the stairs to the third floor and entered a single but luxurious room, all dark varnished wood and hanging oil lamps.  Andrea Ferreira, standing in a corner, put down her phone. “Any questions?”  She was a descendant of one of the original Sephardic families that fled Spain after the Expulsion in 1492 and found a free zone in the Ragaza kingdom, then sympathetic to Jews.

In Belgrade, Serbia, I came across a synagogue, Sukkat Shalom, a large neoclassical structure dedicated after World War I with ill-founded optimism. Irina recounted that the community, some 200,000 Jews who had filtered mostly through the Ottoman Empire in the 16th century, would be destroyed in the next war.  Perversely, the temple stands now only because the Nazis used the cool elegant space as a brothel.  The Sephardic community’s Moorish-design synagogue was leveled.  Sukkat Shalom is the lovely shell of a hope of tolerance, serving the remaining 2,000 Jews in Belgrade.

Back in Dubrovnik, Andrea Ferreira was cosmopolitan, soft around the edges with compassion and wisdom.  She recounted her history with a similar world-weary optimism.  Yes, her fellow Croatians were horrible, establishing home-grown concentration camps, treating Serbs maybe worse than the Jews they rounded up.  Yes, in 1991-2, when Croatia fought for independence, Serbs bombed Dubrovnik for eight months, heavily damaging the historic synagogue.  Yes, she smiled and shrugged, again, Croats are nationalistic,  again.  Were Jews better in Serbia?  She shrugged: Six of one, half dozen the other. These countries all have their issues.

Both synagogues will be celebrating the High Holidays starting tonight. They are stringing pearls across empires and centuries, across the energy of destruction.  The diaporic Jewish world is not only American or Israeli.  Coming back to America, I got quickly undone by reentering the stream.  It seems the madmen have taken over, and to even debate it is madness.

Although the Jewish holidays are early this year, it’s none too early for a reset, a prayer.  I am remembering Andrea’s implicit message.  Don’t hold your breath waiting for goodness to land in your lap.  Keep your head down and do what you do.  Be good, live well, love life.  Have a happy New Year, 5779.  L’Shanah Tovah. 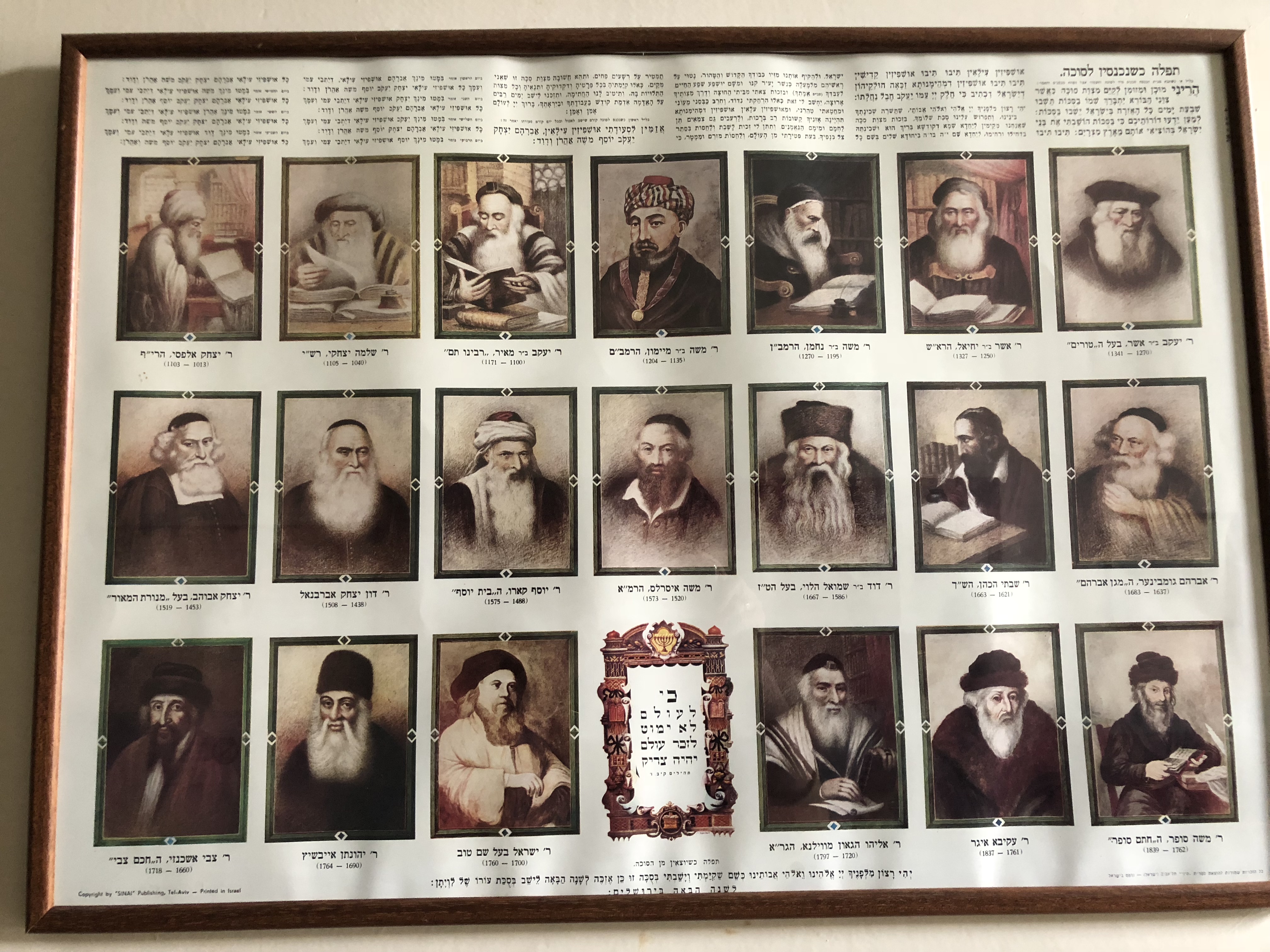