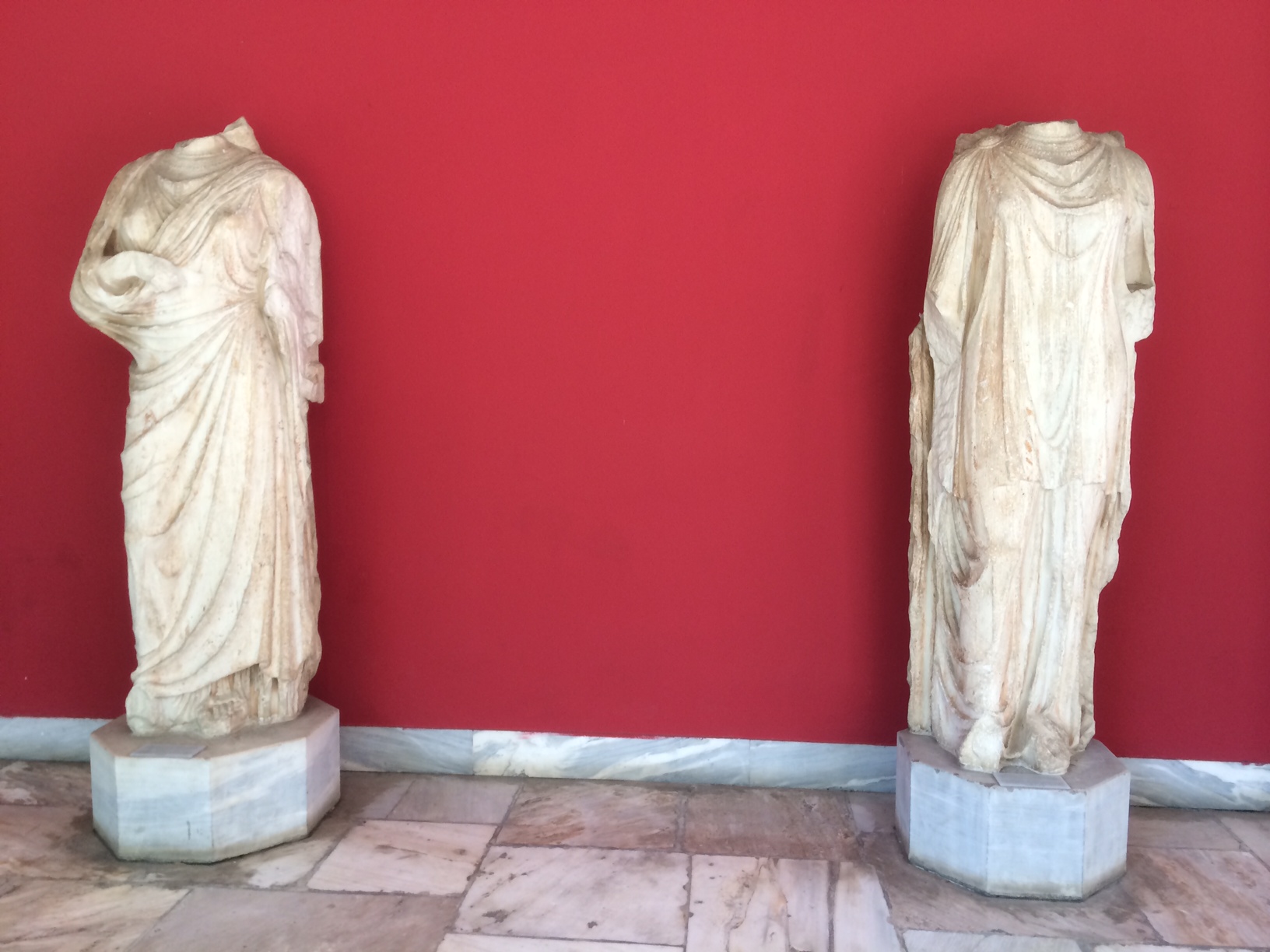 Athens’ past is so strong – as idea, as dream – it dominates the dirty white sprawl which extends 300 degrees around it – 360 degrees, if it weren’t for the sea. In contrast to this vertical spread, the Parthenon stands as the city on the hill. It keeps its marbled watch during the day, is warm at sunset and has the starry gleam of electricity at night. My arty literary daughters, seeing it all for the first time, felt themselves in a great, powerful presence.

The Parthenon with its statues, many of them removed to the nearby Acropolis Museum, and the Archeological Museum, lodged in our being, and continue to haunt as afterimages. What is it that inserts itself? Why is this taut grandeur with exquisite sensitivity engage us? As an ideal, it’s moving and distant, then disturbingly intimate. We’re witnessing high drama – the human struggle of the spirit in communication with a body, recognizing its potential for freedom and limitation of our darker selves.

We were staying on another hill, Lycabettus, and got to see the Parthenon at all hours, from our slope to hers. We arrived on the deadest day of the summer, August 15, Assumption, when the city of one virgin, Athena, pays homage to another virgin, Mary, and the people go happily to the islands. The gates were rolled down over shops, in some neighborhoods completely graffiti-covered; it was unclear whether they would ever open again. Other neighborhoods were spiffier and kept up. In the crisis, Greeks we met were uncannily sanguine, current woes balanced by their long historical legacy, their love of country. There is much pain under the surface, no doubt, but they recognize their country’s beauty. We were lucky to have a swimming pool on our rooftop. We felt on top of the world. 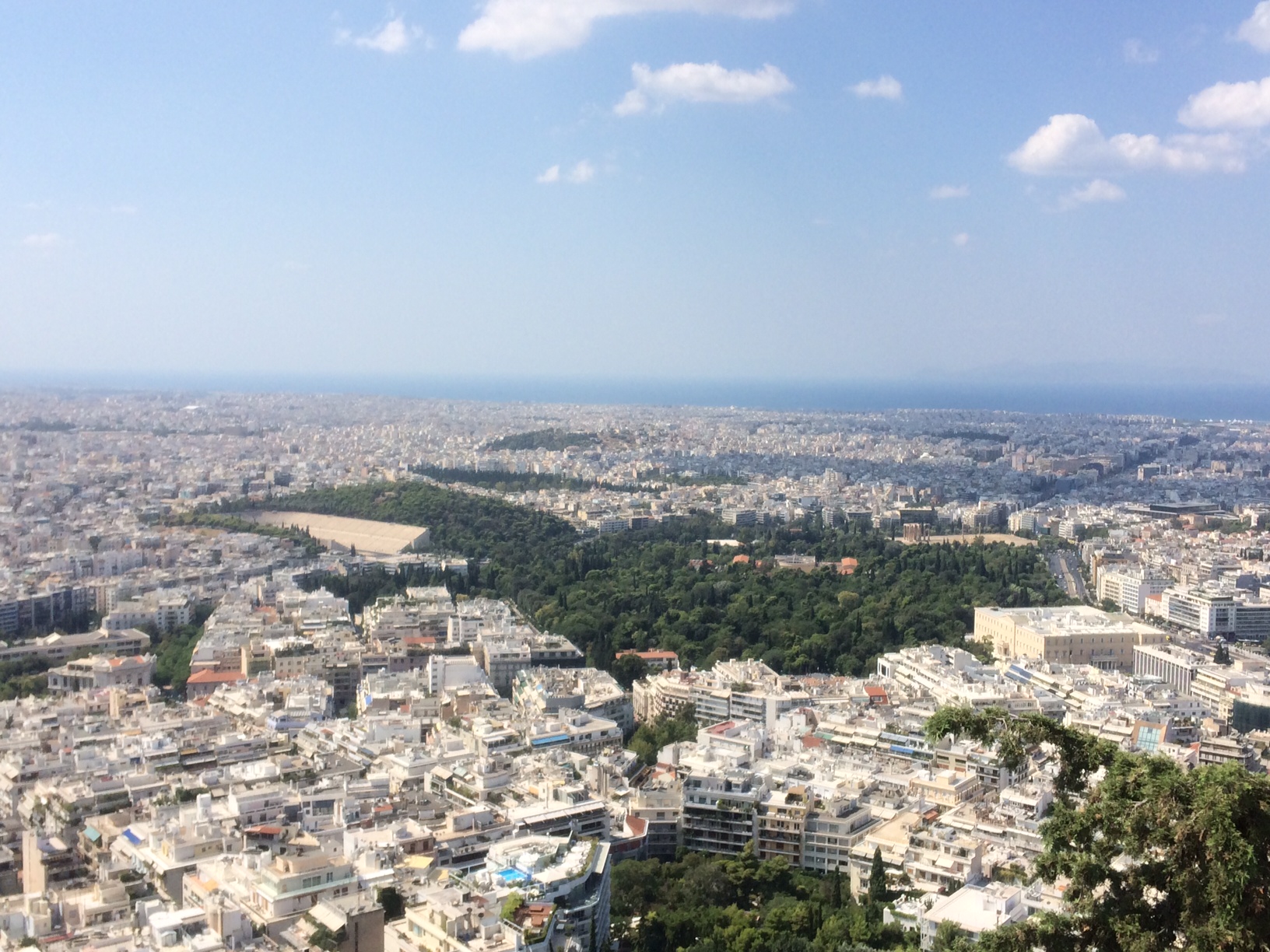 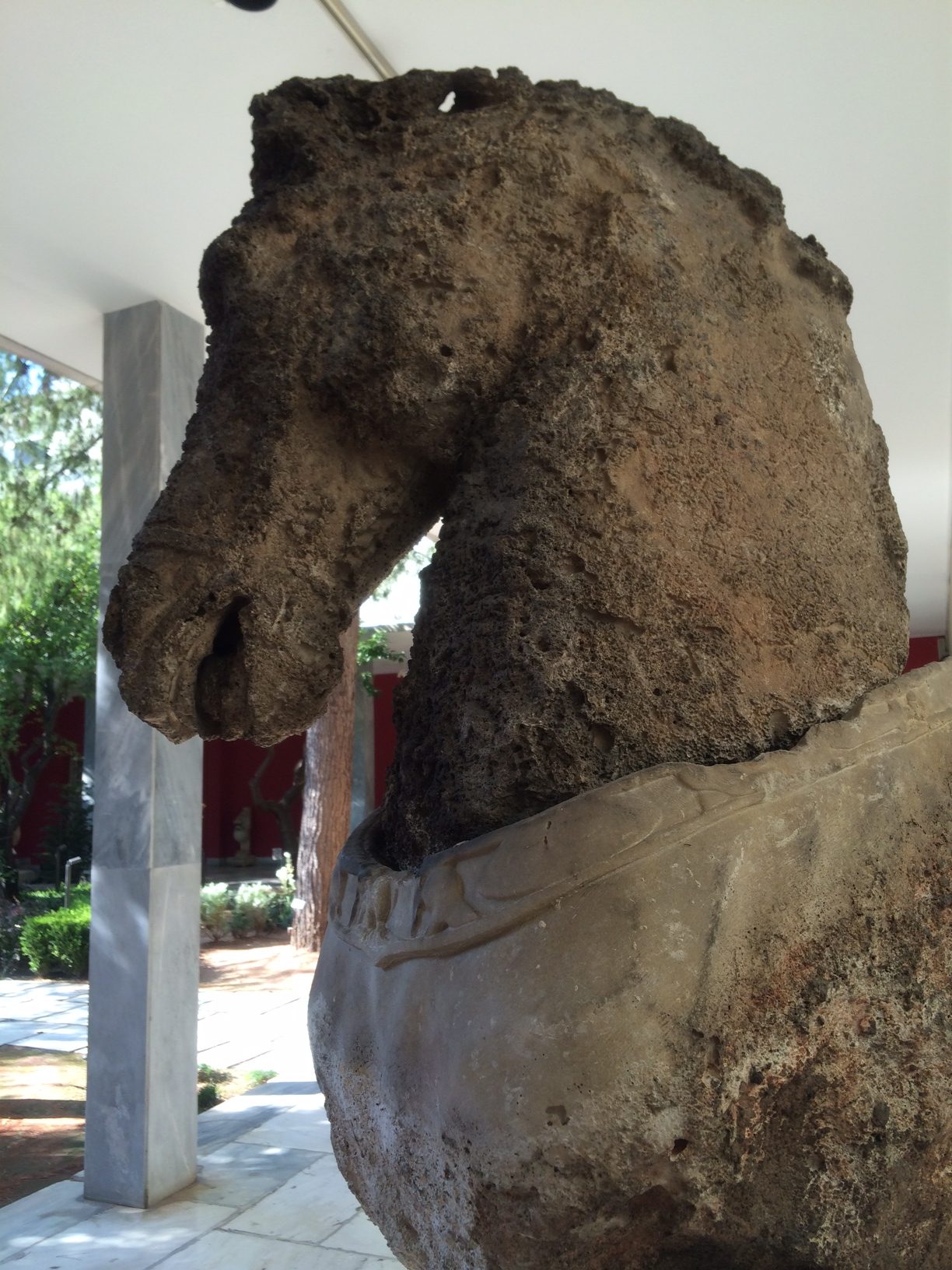 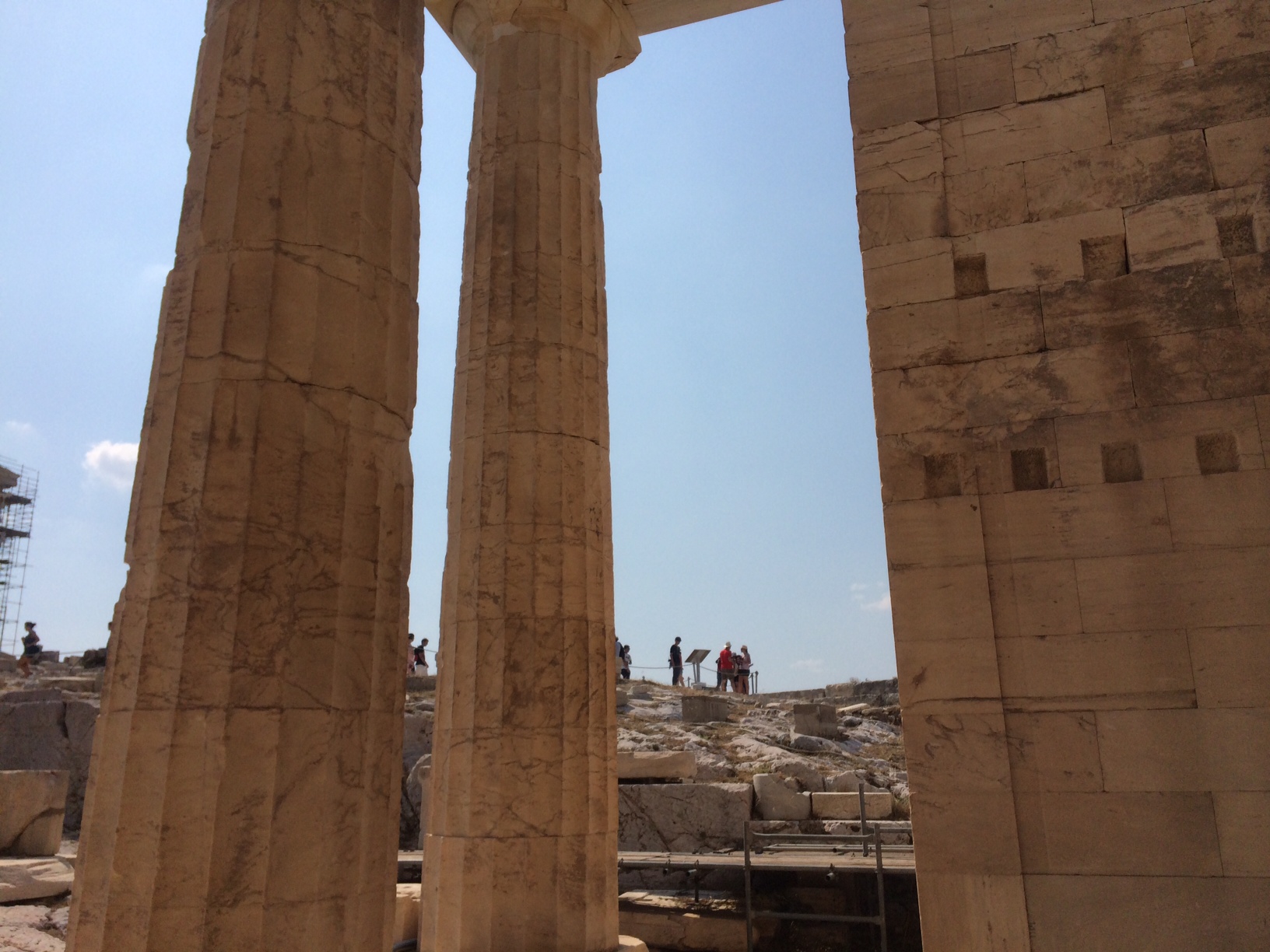 One Response to Dreaming in Greek