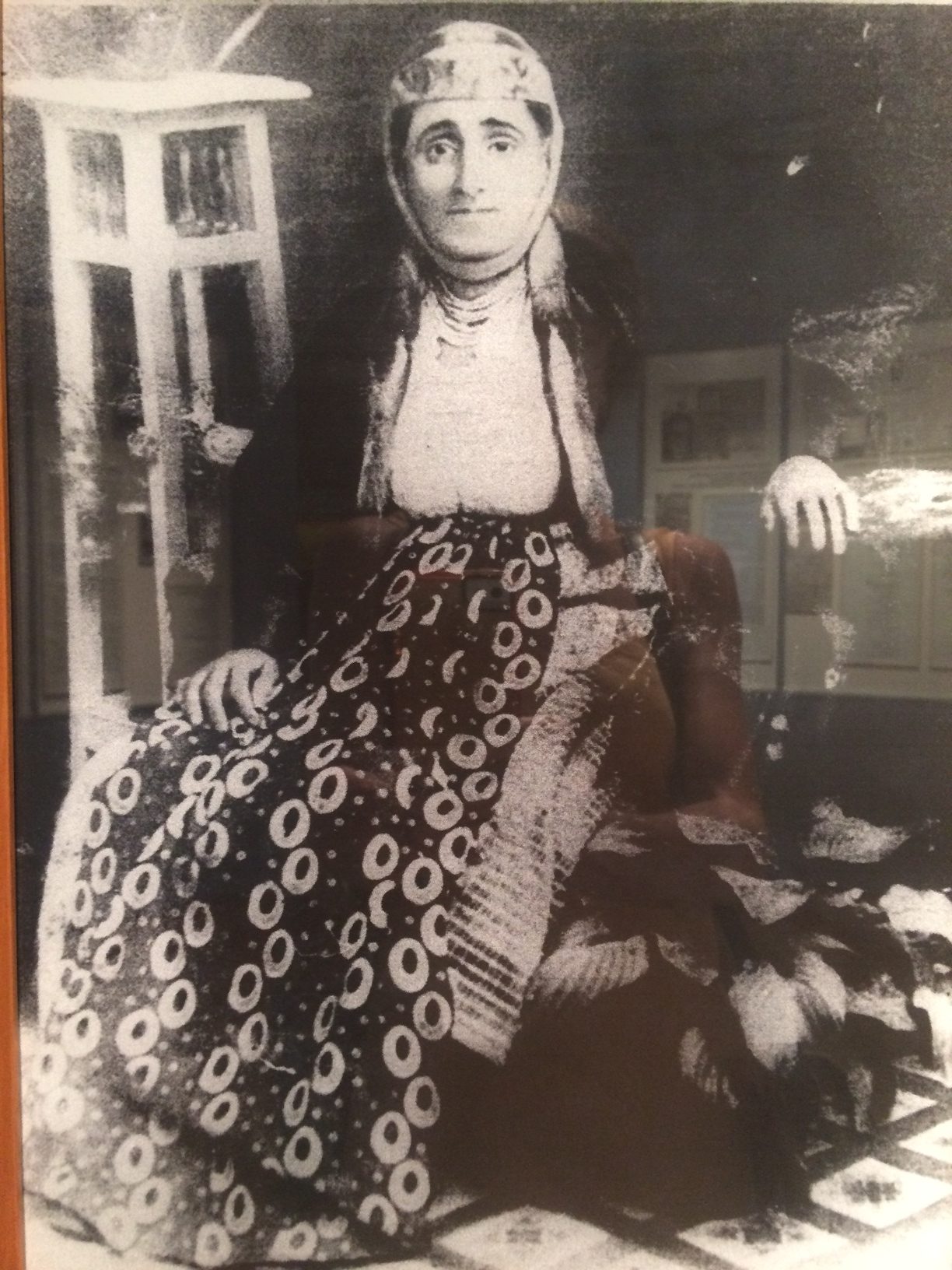 Portrait of a Jewish Woman from Thessaloniki

The Thessaloniki experience has to include both ghosts and crowds.  Walking through the old souks on a mid-August holiday, its corridors are full of shadows, smells but no people, plastic bags flapping on the skeletal rafters.  This is a good image for a polyglot city that has shifted, lost and gained identities countless times through its 24-century history.

On the same holiday, there are families and students having coffee and cake, strolling along an arching seaside esplanade that could be a twin of Nice or Tel Aviv.  Hipsters get cooler in the creative urban planning of giant city fans, make use of the endless possibilities for renovated spaces which have become coffee houses, clubs and bars.  Thessaloniki is Greece’s second city after Athens, yet known as a kinder, more dynamic place.

It’s hard to beat Athens’ history but Thessaloniki is dosed with fascinating past.   In 15-17th centuries, the Roman agora that centers the city was part of a large Jewish city – large population of Jews settled after leaving Inquisition Spain, eventually becoming the majority.  The Ottoman Empire allowed them to coexist, coopting their skills.  As mosques, the ruling Muslims were using the city’s early Christian churches, which themselves borrowed imagery of peacocks and gardens from classical sources.

100 years ago this month, a massive fire wiped out most of the Jewish Ottoman city.   Many residents of this Jerusalem of the East became refugees and fled, after manipulative urban planning, to other countries.  In one of the 20th century’s crueler ironies, most of  the remaining Sepharads who had survived fires of the Inquisition and an uncontrolled bread oven were exterminated by the invading Nazis.

Thessaloniki stories continue – when the Ottoman Empire collapsed, and Greeks took the city back in the early 20th century, a massive exchange of population took place: huge population of Muslims moved to Turkish lands and Greeks moved from Turkey back in.  Minarets were all torn down, disappeared.  It’s a little known “ethnic reorganization.”

All this is in a place that some describe as a “teenager” city.  Pegged by some to be the next Barcelona.  Stay tuned.

This entry was posted in Uncategorized and tagged Greece, Thessaloniki, travel. Bookmark the permalink.

2 Responses to Shape-Shifting in Thessaloniki