Posted on August 1, 2016 by jillbpearlman 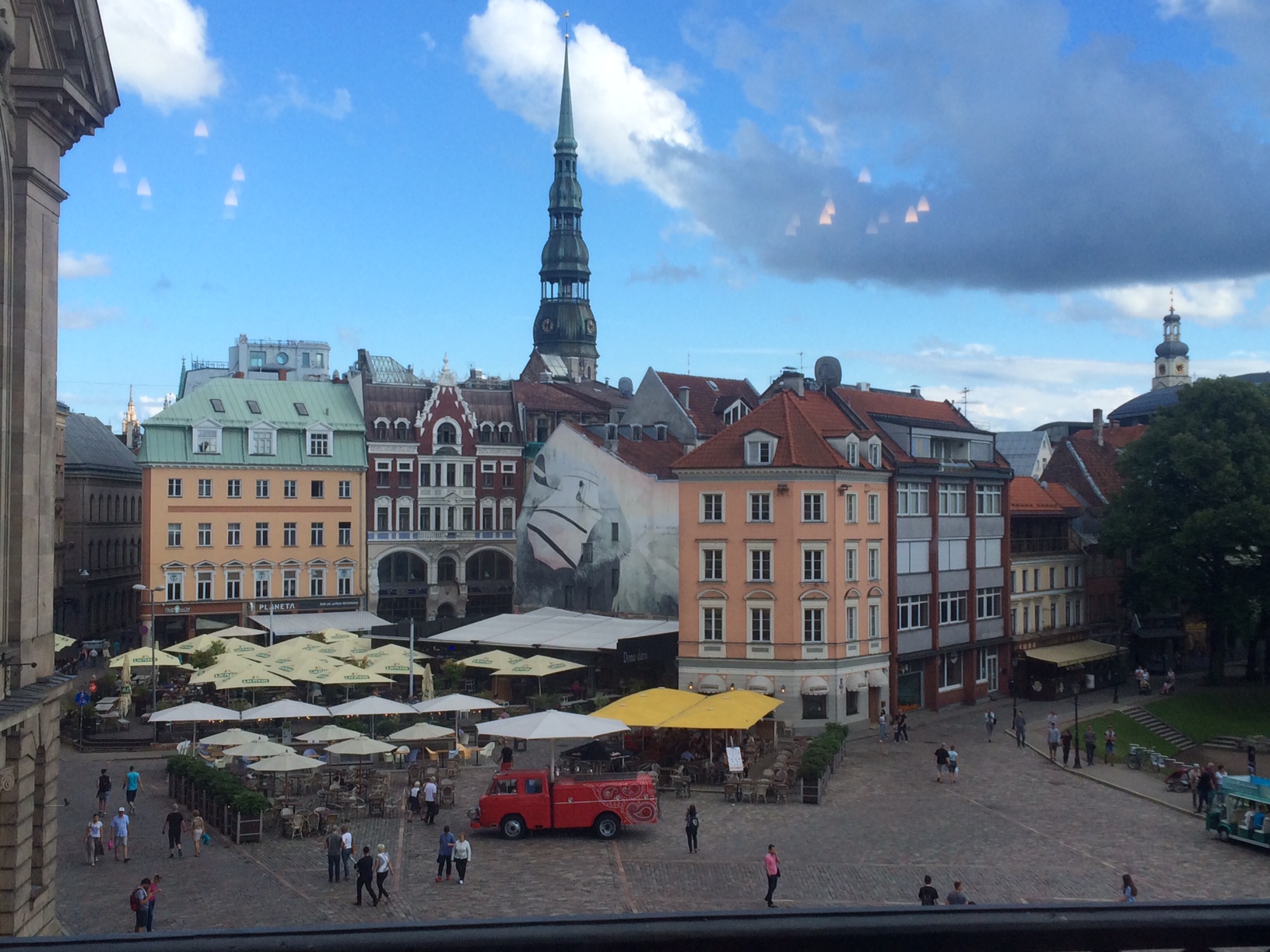 I used to laugh at kids who jumped on a cheap Ryan Air flight, and landed having no idea where they were.  I arrived in Riga, Latvia, a bit like the kids.  After leaving the no-nonsense airport, I got into a taxi, observed the driver who is taking me somewhere (gentle giant, with a set square face and pointy nose).  Hitting stride after airport blacktop, there was already a forest, already fir trees.  Across the barrier were waves of wild weedy plants, moving to the air currents that they alone felt.  They shifted and called and consoled, like a scene from the Russian filmmaker Tarkovsky.  Maybe after the artifice of Paris, I was constructing a myth of a return to thickness of nature after too much (or a breakdown) of civilization.

It was quite a myth.  Riga turns out to be a happening city.  It’s not post-civilization at all – its huge port still supports a city punctuated by needles and spires.  The old town looks like a setting for a fairy tale, by turns Scandinavian or German, with sharp rustic roofs, bright colors, vibrant decoration.  Dating from the 18th and 19th centuries, its buildings are restored with fresh blue, orange, pink paint.  Each one is different in their little lanes.

As if creating a new public Ibiza, a loungy bar sits in an open square, playing cool beats in the evening.  Small cobbled streets packed with coffee houses and Brits on bar crawls.  Latvia joined the EU five years ago, and between ease of travel and investment of euros, it’s becoming a stop on party/destination circuit.  Maybe it will be the next Prague. There are restaurants playing fast and furious with local ingredients, making dandelion wine, turning out marvels.

It makes for fascinating people watching.  There are Valkyrie look – oversized, blanched-blond.  There are Russians in all their variety.   British lads.  Bright, hip Latvian kids who don’t seem to miss a beat, who can combine, in a single sentence, words in Latvian, Russian and English.

That’s the winding historic center on one side of the wide river.  The other side has another story, to be discovered.

This entry was posted in Uncategorized and tagged Latvia, Riga. Bookmark the permalink.

1 Response to The Riga Groove