Paris tends the Flowers of Evil 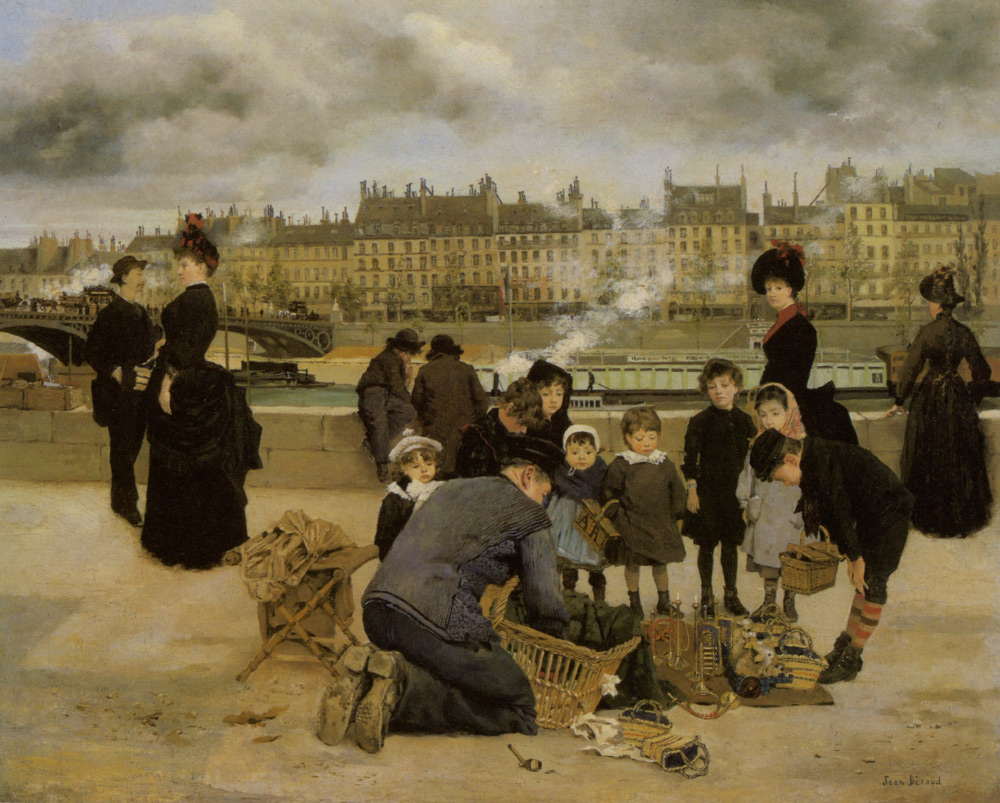 If Paris is still a poem, it’s a 19th century poem.  It’s a poem of dualities, and that’s good and bad.   In spite of the  century and a half that has passed, Baudelaire’s masterpiece, Les Fleurs du Mal, his mingling of beautiful and evil, seems seethingly contemporary.   Beauty is still on the streets and gardens, and in private spaces , and it is cheek to jowl with squalor, envy and everything else.   The queen of capitals that is an intimate marriage of splendor and misery, a description of codependence observed over a century ago, is as alive now as then.

No matter how much you love the city (I do), one can’t help but observe its strange life in strange time.  Street life is bustling – food and drink is sustenance,  perhaps more than ever.  Breakfast gives stamina to prepare lunch.  One sees the bustle of shoppers with armful of bags from the street market, young restauranteurs  laying out cloth, glasses and napkins for the noontime rush, in window frames of red vernis, menus written on boards in chalk – all has melting Paris appeal.  Could there be more cafes and restaurants in these square hectares?

On everyone’s minds and their mouths is the memory and queasy fear of new attacks at the very places where they are (if not that sidewalk, the one là-bas, over there); a sinking despair that this is the new norm.  It could be that France will become a country like Northern Ireland once was, where terrorism will be a civil war strategy that will exhaust the public and end, somehow, when everyone is too tired to remake a new better society, though everyone will go on.

Terrorism isn’t the only “mal” – la misère, misery, poverty its all around.  If it was les petites vieilles, poor widows in Baudelaire’s time, and ragpickers and drunks, with sandbags for shooting at police, now there are mattresses on corners and blocks where homeless people are sleeping.  Camped all day at the entrance to little markets are panhandlers.  Refugees, unemployed, homeless?  Unclear.  Gypsies.  Garden fountains are used to wash feet; there are squatters in friends’ buildings.  Some say these are unresolved problems from crash of 2008, that the economy has been dragging since, under the weight of… your favorite ill.  Call it Europe, the refugee crisis, bloated government, the right wing, left wing.   In spite of continuous development of public green, often reclaimed space, bike paths, the plugs for electronic cars, in spite of an unbelievably cosmopolitan mix of modern and traditional people, there’s a squalor and sadness.

The state of emergency, the anger, the hatred from segments of the third generation that hasn’t integrated, the war that is so woven into the everyday that it could be the city’s double. Evil in its irrational dark heart that can’t be rationally understood or regulated or controlled.  And then there is spectacular beauty.  Enter, Les Fleurs du Mal.