In a Time of Destruction, Create (Openness) 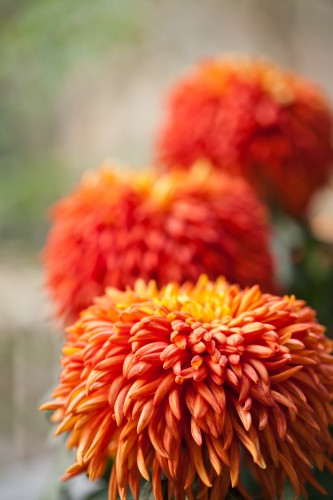 “In a time of destruction, create something,” says writer Maxine Hong Kingston.

Create something – even drawing a scathing cartoon would be better than not creating. Create a fantastic apple tart from the season’s riches, or a Catalan dish of seafood, chocolate and dried peppers.   Create Legos in a Duchamp-like urinal and post it on Instagram, like Chinese artist Ai Weiwei did this week.  For its autumn courtyard, the Isabella Gardner Museum in Boston cultivated unique Japanese-style single-stem chrysanthemums called ogiku.

Make language strange and write a poem. As author Cate Marvin said, “Poetry is the one genre that refuses commodification.”

Don’t create boycotts. Creating boycotts is destroying.   It closes the door on a range of voices, visions and human connections. Above all, don’t create cultural boycotts that have a stench of censorship, and label a gangly group of creative artists as somehow, same enemy.  Today, 434 British academics signed a petition vowing to boycott Israeli universities.  It undermines the very idea of the university as a creative platform, unpredetermined, like a poem, where unexpected elements mix and are left to collide in ways which reveal new relationships and possibilities. It targets the very people that a cosmopolitan community wants to hear: those with supple minds and hearts.

There’s a tremendous yearning to calm vengefulness, bath again in sanity, restore possibilities. But do it creatively, not with zealotry.

All zealots begins to look the same. As Bradley Burston, an Israeli journalist, wrote in a despairing column about his country, the new battle is not between Arabs and Jews, but extremists and humans.

“Maybe it’s time I realized that the tribes of the Holy Land are not simply the mortal enemies we call Jews and Arabs. Maybe all the deafening, implacable, violence-espousing extremists, both disgusting sides of them, are actually in one tribe, together.  And, yes, that first tribe is winning,” writes Burston. […]

“If that second tribe is paralyzed, demoralized, delegitimized by the current reality, small wonder. But sometimes, under great pressures, things which you’re sure are lost forever, can reappear. Like love itself.”

So, what are you going create?

1 Response to In a Time of Destruction, Create (Openness)