Posted on February 17, 2015 by jillbpearlman 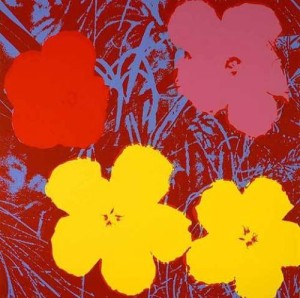 Sometimes I think I can’t read or listen to the news anymore.   The global playground has become too gruesome.   The packets of information arrive mostly in headlines – medieval beheadings, rogue armies that maraud across national borders; European Jews hiding from attacks on synagogues or cemeteries, America’s vigilante shootings.

This is lurid and highly visible, with a stamp of geopolitical reality – it’s not my core vision.  There is a counter-narrative alongside the story of global destruction. It is a life outside the straight and narrow, made up of fragments, patched together gestures, interactions with strangers, with intimates. Everyday epiphanies. There is a seething underground in which regular people wander outside the authorized story of who is their enemy and who is their friend.

The artist is the old outcast, shaping and inventing culture as s/he jumps boundaries. There are free thinkers working many in other spheres: Doctors without Borders defy and cross boundaries in their own highly effective way. A similar gesture is evident in a story about the Israeli army collecting some 1,500 victims of Syrian violence from the other side of their border in the Golan Heights. In one particularly moving instance, Israelis found a Syrian fighter who was barely alive, his face nearly destroyed by a Syrian Army missile and took him to Haifa. A surgeon had just been trained in high-tech rebuilding of faces, and managed over months, through the custom-made use of 3-d printer, to turn out a titanium jaw. Mohammed was initially afraid of “the enemy,” but he is leaving with a reconstructed face.   The doctor’s statement was very clear: we in the Middle East could get along just fine. Politicians get in the way. But we, as people caring for others, we are above, we are beyond politics.

It’s possible that the poet-wanderer-healers, working in the margins, hold more ground than think.  They reinvent, and move forward, taking some of the past, some of the side, and push into the future. The resilience of this tradition is in its rhythm and flexibility, in pulling new things into the fertile chaos.  Their mantra is this: continuity.