Posted on December 4, 2014 by jillbpearlman 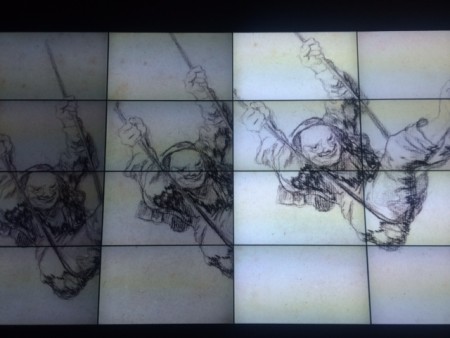 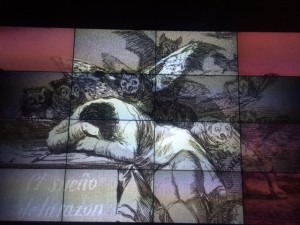 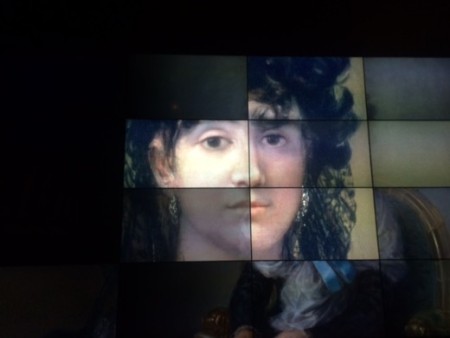 He stood in the middle of streams of radical change. The Enlightenment and French Revolution had produced wonders and terrors. Goya’s images are part of that flux. They are still images, but are too alive to be held still. I took the above photos from a video slide show at Boston’s Musuem of Fine Arts, themselves reproductions from the exhibition “Goya: Order and Disorder.”   It’s as if stones were thrown to break the stillness of the images, to break and return them to the space between life and art.

Even when Goya closed his eyes as in the middle photo, from the etching “The Sleep of Reason Produces Monsters,” he was awake. The work is often interpreted as a cause and effect – the revenge of devils and religion when rational thought is cast aside. Goya was too great an artist to rest on that, or any single meaning.   The full epigraph reads, “Fantasy abandoned by reason produces impossible monsters: united with her, she is the mother of the arts and the origin of their marvels.” In other words, the pairing of imagination and reason leads to true art.

Goya’s haunted image would be taken up by romantics and surrealists. One senses that the hairy beasts, the bats and winged cat faces and witches’ demons were not his own phantasms, not simply an exploration of the tangled world of his unconscious and intimate prey, but rather the after-images on the back of his eyelids. They are the negatives of society’s decay, a darker tone of his satires.   He didn’t impose meaning on his subjects; he took their meaning in and suffered with them.

This entry was posted in Uncategorized and tagged #Goya, MFA, Order and Disorder, Spanish artists, The Sleep of Reason Produces Monsters. Bookmark the permalink.