An Idea Masquerading as a Bookshop 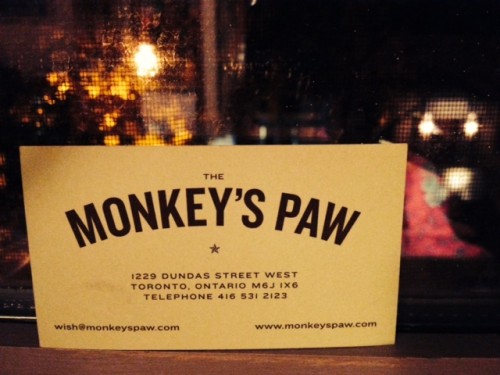 I was standing happily in the little corner, flipping through a book of Huysman’s Against Nature, when the tour guide, a petite efficient woman, came through the door. A little bell tinkled, and the flock of tourists followed her to the back of the room.   She began to describe the curious place.

It was “a bookstore.”  There was a hush from the crowd.  The people stood awkwardly, arms stuck to their sides.  They knew of books, but without a guide, would never have stumbled into a bookstore.

The shop exuded a strange power.  The tourists were not sure if they were in church or in a morgue. There was something vaguely threatening about the place, like being surrounded by still, pressed insects that haven’t been pressed long enough to remove the smell. The books were clearly still.  So was the room, except for some toylike music being played at low volume. And there was indeed a musty overlay.  There were Oriental carpets and wooden shelves full of “artifacts” – eccentrically chosen, mysterious books, those relics from the 20th century. Some had red cloth covers, some blue; some had pictures or illustrations, but what they shared was that they had all been printed on paper!  There were hundreds of them, and they had all been printed on paper before 1980.

The tour guide explained, perhaps unnecessarily, that children in primary, secondary and upper schools don’t learn from books anymore, and so it goes across Toronto.   The two men and two women nodded at the obvious fact. “Go ahead, pick one up,” she said, pointing towards Puppet Theater in Czechoslovakia. But the man remembered once having been snapped by a dog, and was suspicious of putting his hand into the unknown.

The owner twisted the ends of his waxed moustache and looked up. “Ever since Cervantes wrote Don Quixote, writers have noted the arcaneness of the very thing they produce – books. It’s almost been an industry.   Self-referential, of course. In the post-print era, we are the very embodiment. So here we are!”

“It’s rather lovely,” said a young woman in her late teens, suddenly waking up. “It reminds me of a scene in ‘Harry Potter.'”

“Quaint,” said a 20-something Toronto hipster, a woman who had come in without notice.  She was wearing short shorts and low boots and stood with right foot wedged against left calf, in a yoga position.  She began telling a story. “My grandfather,” she said, “was a famous music writer from the ’70s.  One day, my mom was poking around in the garage and found hundreds of boxes of black waxy disks.  ‘What are these, Daddy?’ she asked.  He told her to guess. ‘Books!’ she said. But no, they were records – lps, long-playing!  Now I know how she feels.  I stumbled upon these books.  But I would come in thinking they were videos. I have a dirty mind. I’d ask you where you stick them.”

Everyone laughed. The joke finished, the owner returned to his desk, the tourists took one last look at the paper artifacts before they closed the door and went into the day, one of mixed sun and clouds.

This entry was posted in Uncategorized and tagged death of books, Monkey's Paw, postprint culture. Bookmark the permalink.