Posted on September 9, 2014 by jillbpearlman 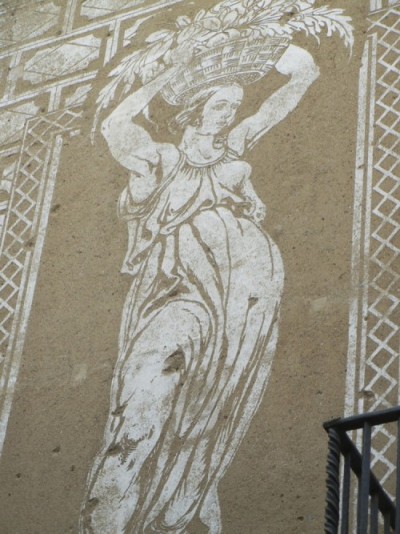 September is a siren if there ever was one.   She is alluring, at once promising beginnings, promising fulfillment and signalling ends. She is the year in her ninth month.   As for beginnings, she gives birth to a new stage of learning, as the academic school year begins. Kids go to college and reinvent themselves as in various forms of rebellion or difference, away from home for the first time.

It’s also the Jewish New Year, said to be the birth of Adam, the birthday of humanity.   More commonly, as the Hebrew calendar starts, we fragile and lucky humans get the chance to create new selves. That can create a frenzy, something between youthful excitement and desire of the desperate. After a period of introspection, we realize how we’ve frittered time and resolve to be more productive. It’s like la rentrée, the end of the summer in Paris when Parisians comes back to the city . Interestingly, la rentrée – the return – is like the Hebrew teshuva – the return, a second chance, the opportunity to do it again, better.

As for September’s endings, we have shorter days, cool mornings and drying leaves. We have the metaphor of the aging gentleman in Kurt Weill’s wonderful, wistful “September Song” who courts his young would-be lover with the admonishment of fleeting time. “It’s a long long while from May to December. But the days grow short when you reach September.” Lou Reed sings  it in plain talk: “Hey honey, I haven’t got the time for any waiting game.” www.youtube.com/watch?v=RQsJK0voNRI .   Weill’s original singer, Walter Huston, caresses the lyric with plaintive romanticism: “These precious days I’ll spend with you.”  www.youtube.com/watch?v=E3mAT-4FdP4.

September is that irresistible siren.  You thought that summer is finished. You thought the fun was over, yet it’s almost too beautiful. Here is a prolongation, a gift after the fact. You have more tomatoes than you know what to do with. The harvest moon sits fat and yellow right on the horizon.  Eros, born of lack and plenty, calls again.  If you’re a Russian woman around forty, you are thrilled to find yourself in the “women’s summer.” The excess of the harvest, the bounty giving herself entirely before collapsing, emptying herself.  All contradictions are contained in September. It’s almost too much to hold. Say it again, Shakespeare: Ripeness is all. No wonder it’s the ecstatic month.

(Full Disclosure: My birthday is in September!)

This entry was posted in Uncategorized and tagged #September, eros, Lou Reed, ripeness is all, September Song, Shakespeare. Bookmark the permalink.