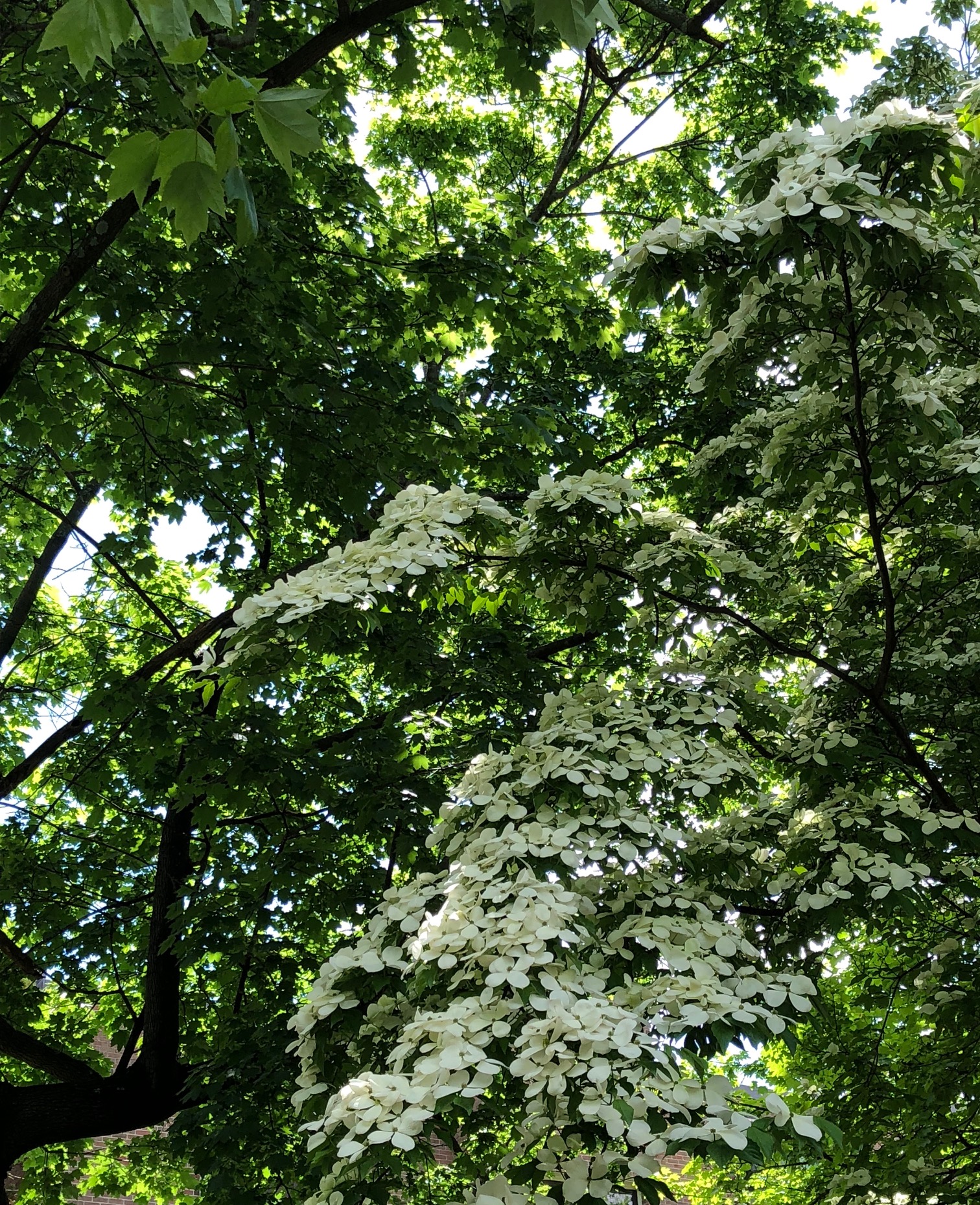 So, I’m standing under a tree…

I’ve always had sly fondness for “so.”  As a social starter, it used to go something like this: “So,” the best friend might say with twinkling eyes, “what happened last night?” The gossip wags, “So…guess I saw together in the bar?

“So” hangs at the edge of the story, but doesn’t have the whole story.   It was a tool of wits who play at the art of conversation. I remember my six-year-old daughter, in full mimic style, placing her chin on her laced fingers. “So,” she said to me as a lady of the world, “how are you?”

We seem to be unfortunate intimates in the crazy Trump conversation.  Like many others, I’m choosing, at least today, to be a part of the flowering tree conversation. It’s late May, and spring has been a long time in coming.  “So you thought we’d never get here,” the trees say, the dogwood, cherry and magnolia branches layered like lateral Japanese fans. “You thought we’d abandoned you.” They lean their bright faces forward to us: “So.”

This entry was posted in Uncategorized and tagged #Trump, conversation, late spring, May, so, Spring. Bookmark the permalink.