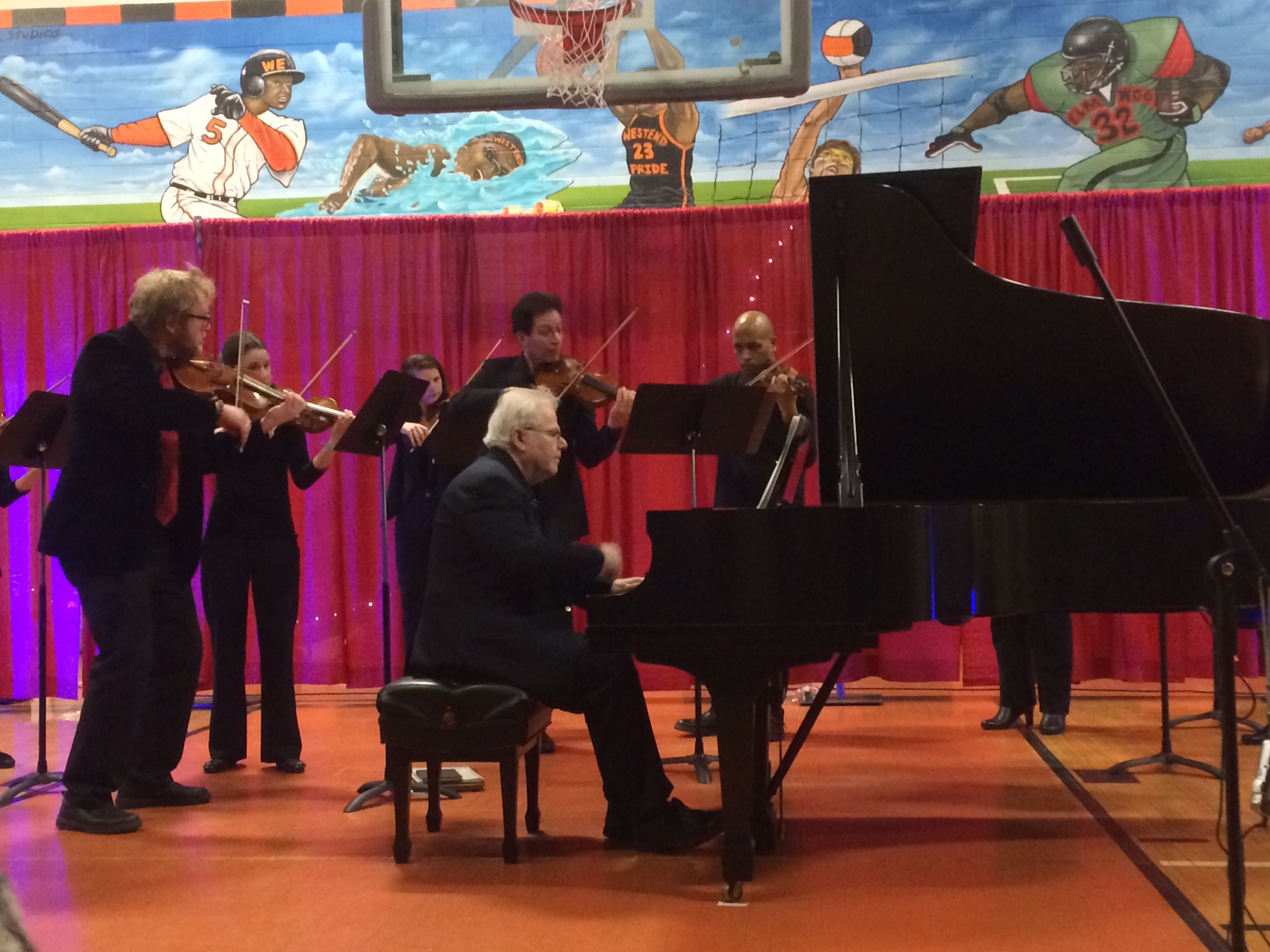 To stage a happening, you put unfamiliar elements together and see what happens.  Put a classical superstar pianist like Emanuel Ax in a taqueria like La Lupita, in the Spanish Olneyville neighborhood of Providence.  Let it rip.  In he walks, the stage-famous, black-tails type in his soft shoes and simple clothes, his mussy white hair and beat-up backpack.  You give him an electric keyboard (it’s not Carnegie Hall, guys).  If the tacos aren’t ready and the server calls out “veinto uno!”in the middle of the Brahms, make it a part of the piece.  Same with the sirens and further calls for enchilatas and quesadillas. The crowd in the back are abuzz, kids wandering, people fascinated.  The performers – Community MusicWorks musicians who have brought Mr. Ax (now “Manny”) here – are racing to keep up with the maestro like race horses with a grand horse in town.  His smile shows the grand time he’s having.

What do you do for encore?  Set up another concert in a community center, one familiar to Community MusicWorks students who study violin, in private lessons or in daily orchestra, as part of this extraordinary free program.  To show how music can be woven into all lives, set the stage under the sign of a basketball hoop.  Welcome, for free, lots of people after a free pasta dinner; this time set up a real piano.  Listen to the hush as Ax plays two solo pieces.  Feel the deepening of attention in the gym as he and the MusicWorks Collective embark on Mozart’s Concerto No. 14.  It leads the audience into wide emotional terrain, but what remains, like a cloud, is the tenderness.  Ax has a tenderness when he leans down to listen to little kids who come to hug him afterwards.  Same as when he plays “We Shall Overcome” for the entire string-playing collective.

Ax has been stirred to act, realizing the arts don’t reach across borders unless one makes a point of it; he mentions the “marginalization” of classical artists, even someone of his stature, in the cultural dialog.  He wants to be heard.  The marginalized kids want to be heard.  This is what happens when both sides have an open ear and tremendous receptivity.  It’s a happening. 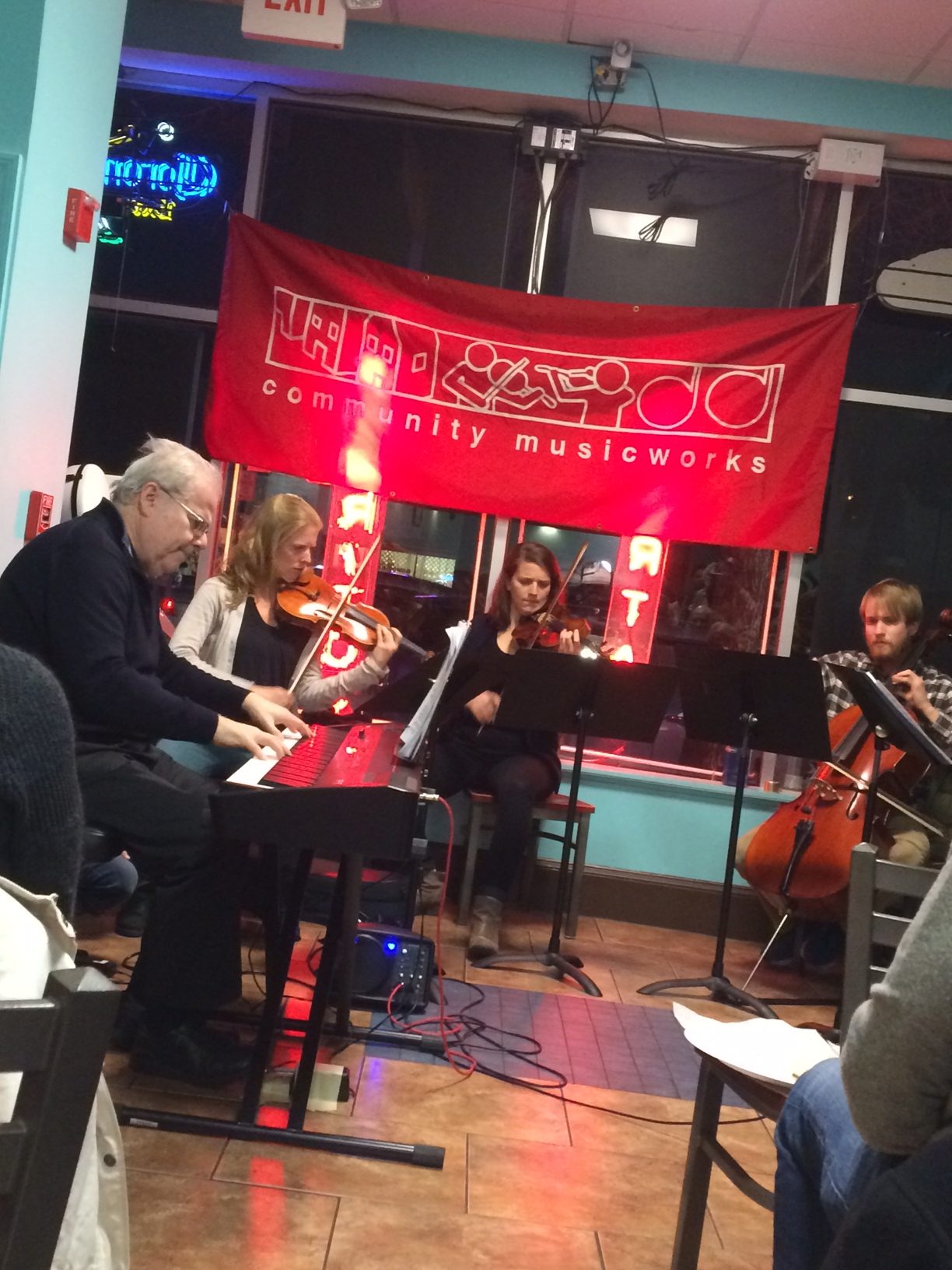