Spirit of the Times 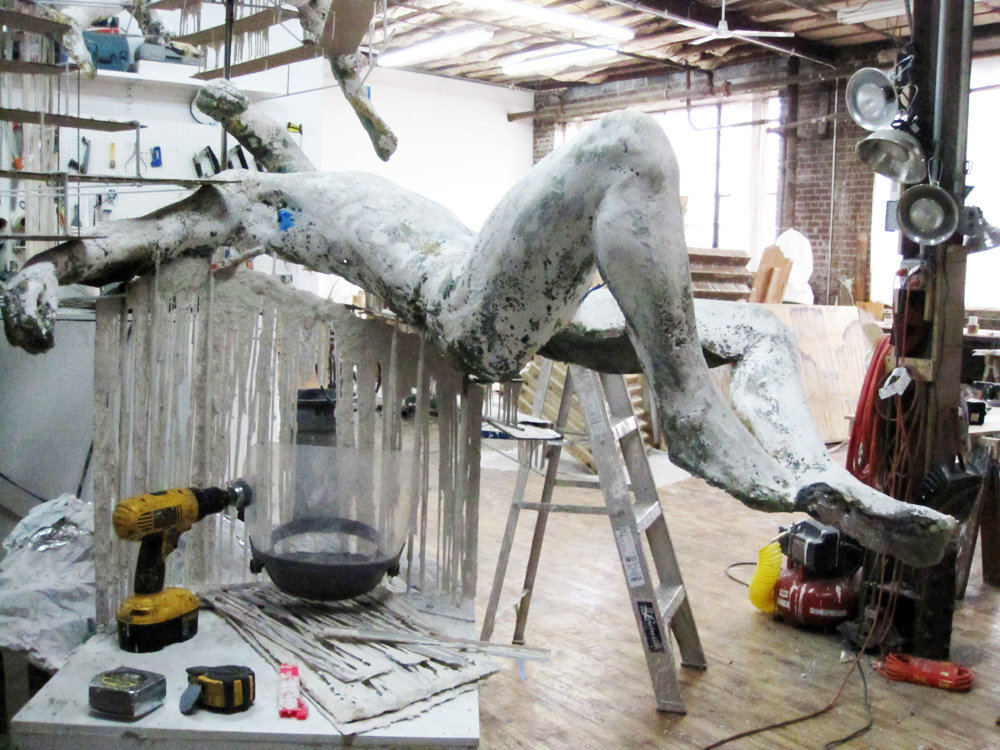 This picture, taken in the studio of Diana al-Hadid, gathers up the slender threads on the last day of October, 2016.   Today I read distress in this body – it’s a landscape on which forces much more powerful than it have played.  The human, with its own full grace and strength, is passive or plays dead or is perhaps dead, though utterly majestic with its long torso and extended limbs.  On another day when the elections weren’t creating the sense of sheer madness, a horror much greater than the fake horror of Halloween, I might see something else – the elegant erotic swoon, or the rigor maintained by classical frieze sculptures on the Parthenon.  Or a ghostly victim in the destruction of a city that might resemble Aleppo, the birthplace of the artist.

The sculpture is part of al-Hadid’s larger installation of melting reeling structures and human forms.  Drapery sometimes hangs like bodiless plastic goo you see on houses decorated for Halloween.  This sculpture in its studio isn’t creepy – we see the evoked spirit alongside the drill and tools and scaffolding with the energy of possibility, forever  becoming art.

1 Response to Spirit of the Times