Posted on October 7, 2016 by jillbpearlman 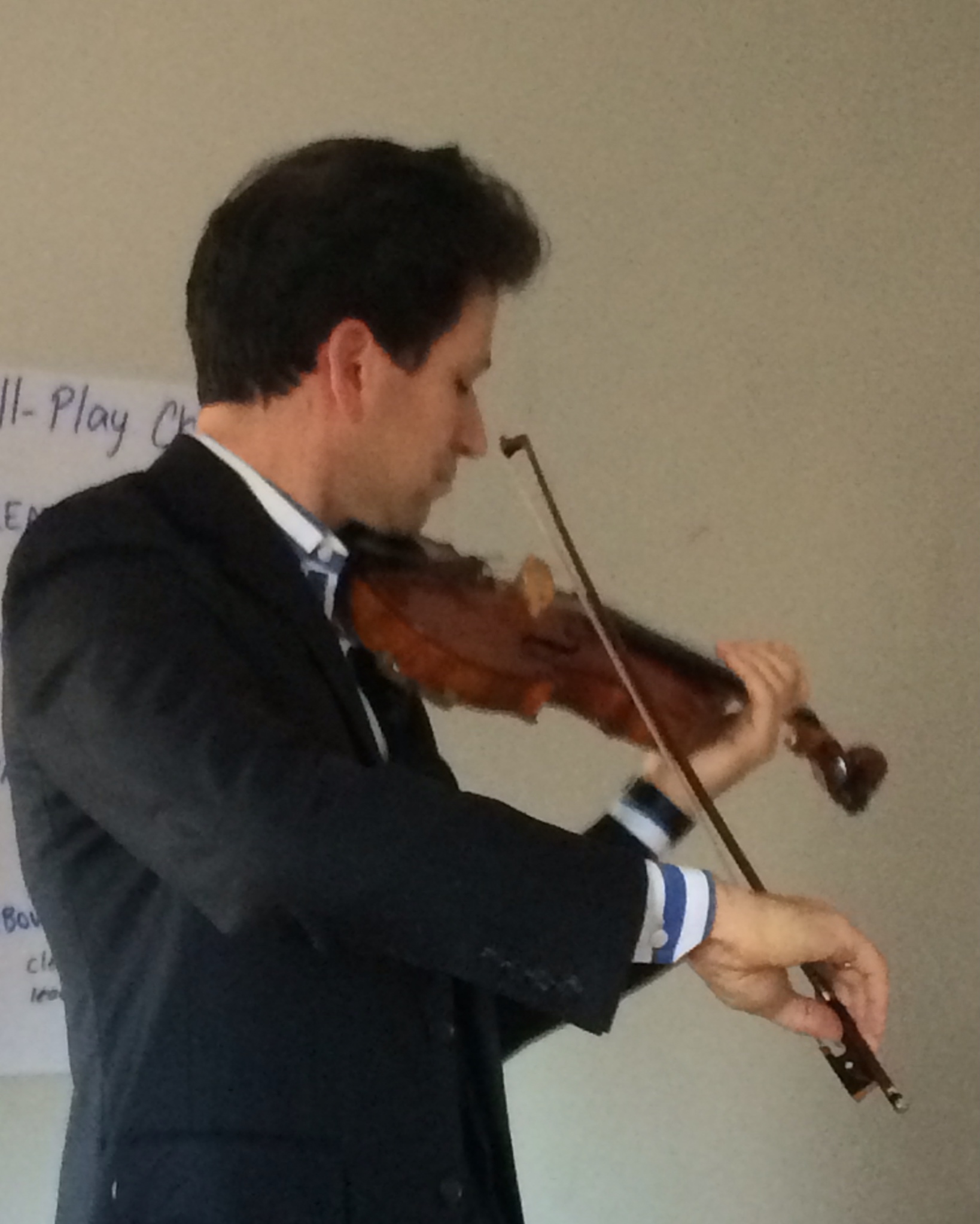 The Rolland bow in action, played by Sebastian Ruth

World-renowned violin bow maker, Benoît Rolland has a talent for hearing vibrations within a block of wood.  He’s also a person with a keen sensibility for spanning extremes, for finding connections between things that seem vastly separated – like a rarefied world of violin bows and inner city kids, like art and terrorism.  He’s used to making crude material  create sound that will evoke the ineffable; he’s used to working against the grain.

Last winter, born out of outrage at the terror attacks in Paris, a special bow came to mind, one that would take aim against terror and defend beauty.  The idea went against the grain too but it didn’t matter.  “I might feel alone against violence, and it might sound stupid, but art has to respond.  People only have to look with perseverance to see beauty.  It is there, all around. If people actually take time to look, they see it everywhere.”

This bow arrived on Thursday in Providence.  It was delivered by special envoy, a young Mercury that winged up from the New York-based auction house, Tarisio.  The bow rested for a brief time at the headquarters of Community MusicWorks, which will receive the benefits of the sale and go towards free music education to underserved Providence kids.  This gift goes from the inner sanctum of a specialized world into the open community.

People gathered around to admire the exquisite handmade object, its Brazilian pernambuco wood, its “frog” with a  sculpture engraved in ebony, its own  little diamond, its mother of pearl finale sourced not from any old shell, but from shells that Benoit found himself while swimming off the coast of northern France.

Sebastian Ruth, artistic director of CMW, brought it to his violin strings and played lovingly.  After a portion of the Bach Chaconne, he pronounced the bow extraordinary, that it made his “hot and tempestuous” violin a bit sweeter.  Rolland smiled with peaceful satisfaction.