Posted on April 4, 2016 by jillbpearlman 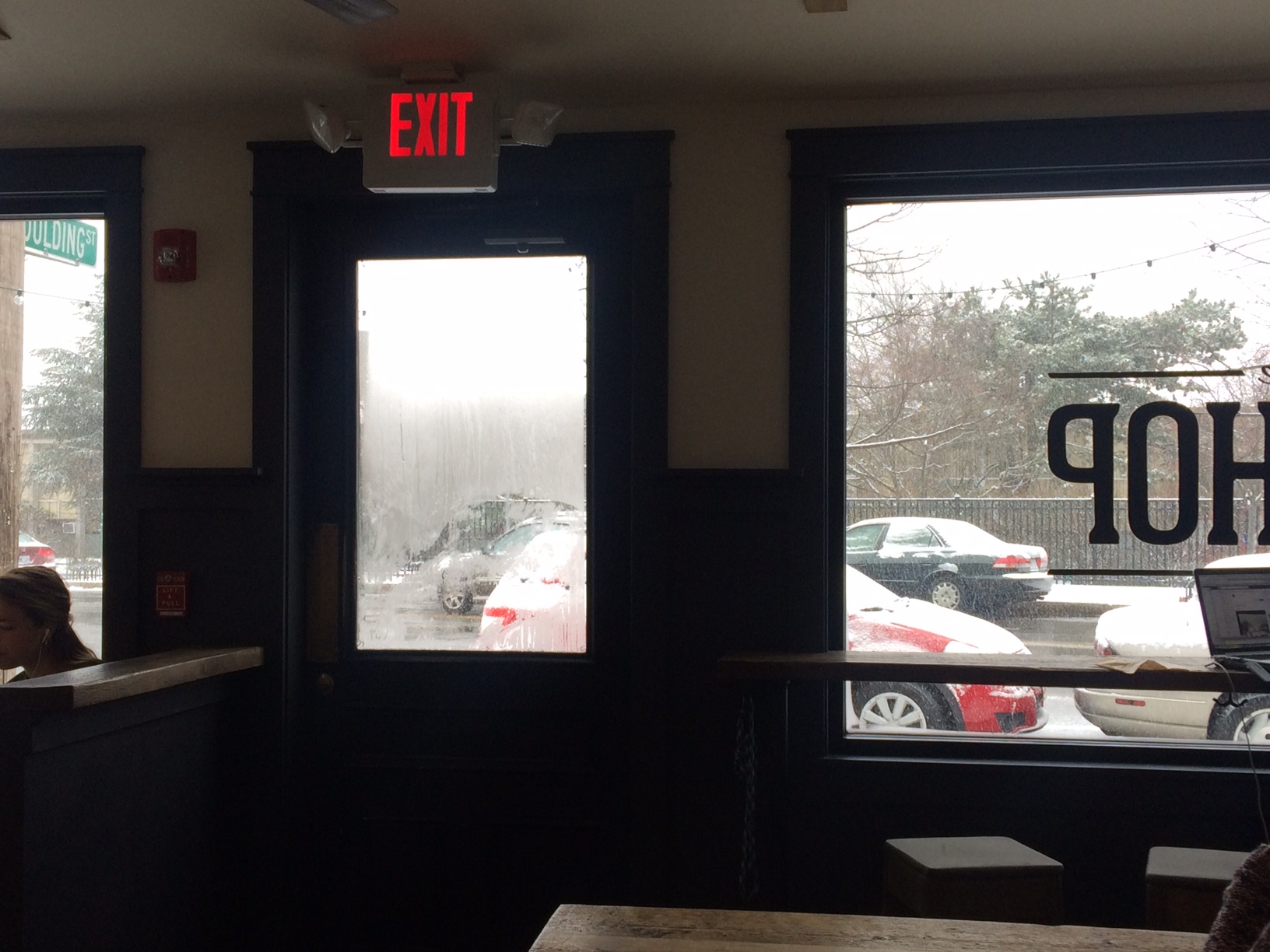 April 4, morning blizzard.   The outside curtain is going from gauze to opaque.   Inside, the cafe is quiet, very quiet. A few stragglers have awakened early, and gotten themselves to a warm place. There is an undercurrent of cool beats. With a frothing of cappucino, I am reading about poetic meter.

The text and the coffee bring on new alertness, and soon I’m fastening on details. The barista is a fount of artificial hip cheeriness. A lanky man, sporting an expensive hat over his balding head, says he’s leaving for Miami this afternoon. A young woman steps up to the counter. Her long legs give her instant credibility in the place. Then her Lebanesse accent. Then her international coffee speak as she peers at the row of cups on the espresso machine: “Is it a number 6? Is this a 7? Ok, yes. I’ll do half almond, half caf.”

The energy in the room is peaking. But then I look around: the others are immersed in deep concentration. The boy in the corner is leaning over his book. The Lebanese girl beside him is poring over her pages.  Only the older man is reading from his phone. No one is talking, everything is quiet…

except for my senses which are rushing now that the caffeine has broken away from the milky bath. Everything is rising to a single moment, a crescendo of perception. The accumulation of detail, like the snow outside, is beginning to swirl and thicken, gathering with momentum towards a single point. A short story? It would be too much trouble to find the plot. A poem – not yet.

A steady music asserts itself.  It has a persistent rolling drumbeat, zen and cool, a slow smooth rhythm.

Cool down, its neutral voice says. Listen to the calming beats, like heavy waves that move to shore. I look out to the window – the wave of snow has settled in. Five cars have all entered the intersection.  Then they pull out, one by one, and go on their way.