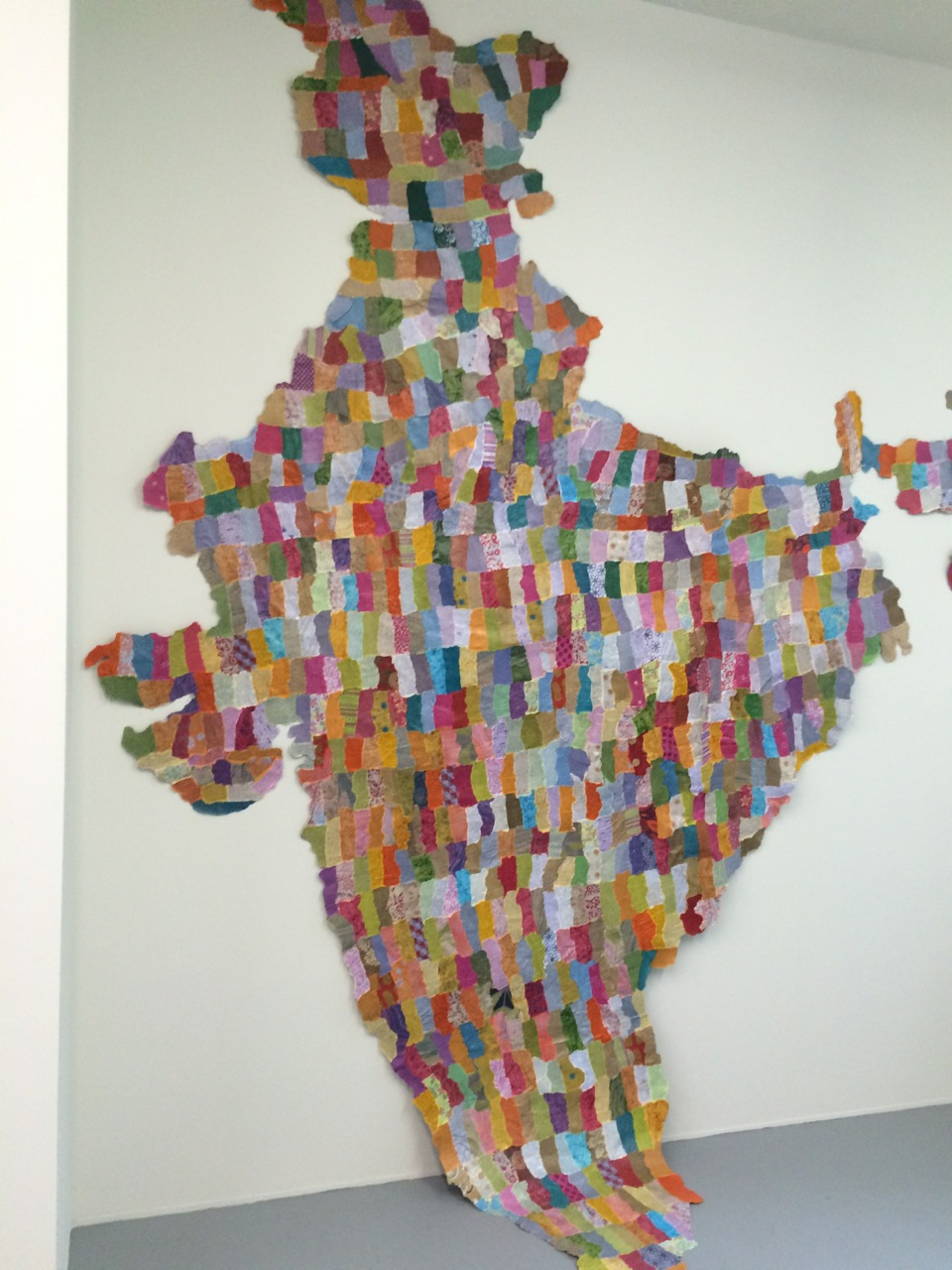 Wandering is often mythic, a psychological circling from exile back to roots. My wandering in Pittsburgh turned into one of those stories. Meeting artist Diane Samuels was part of the homecoming. In the way of the postmodern, it was multi-layered homecoming, for home is both real place and virtual, and one of our points of connection was an obsession with exile. Postmodern, indeed.

I was on Pittsburgh’s North Side, and it was raining. Then, from an open door, Samuels stepped into the street and said hello. Maybe I should have known something would happen – we were surrounded by poems written on the faces of houses.  One of the poems was in Chinese calligraphy.  And this was an obscure alleyway in what used to be one of those ethnic neighborhoods with crowded row houses on the hills.

There were still row houses, some of them transformed thanks to Samuels and her husband, Henry Reese. Together they direct City of Asylum, a home for authors in exile.  They reveal the freedom of writing their once-banned words on clapboards for all to see.

Samuels is also an extraordinary visual artist.   Rooted in Pittsburgh, she makes sensual art out of bodies of text. Her consciousness roves around the world as she thinks out complex issues. Sometimes I felt she was mapping out my consciousness, creating a landscape of my life. My pressing issues – exile, homecoming, words and tangled emotion – are exactly what Samuels deals with in her conceptually complex, provocative work.

When Samuels wrote out the entirety of Salman Rushdie’s Midnight’s Children in her painstakingly precise microtext, she fashioned it into 1001 parts that represent the children born in the first hour of Indian independence. A collage of handmade Indian paper makes up the map of India, a sensual bath of color.

Her version of Ovid’s Metamorphosis is written on thread that is wrapped into a globe-like ball. To read it, one would have to unravel it and cause the world to well, metamorphose.

Her current project, writing/painting Herman Melville’s Moby Dick, is an example of her work as an engaged reader.   As she writes each page in roughly half an hour, she absorbs the words, taking them into herself.   She suspends herself as the text passes through her on its way to becoming something else. Her lines of Moby Dick ride the waves of a blue-green sea.  And she changes through this immersion into the oceanic worlds.

At one point, I considered that Samuels’ work with refugees informed her work – words had to be coded or hidden to bypass authorities. For it is very difficult to read her miraculously minuscule writing.

But I also know that words are more than their literal meaning.   They are visual and musical. They can be magical or ritual. Sometimes words predate actuality or reality (“Let there be light.”)

Books like Torah can hold whole cultures or peoples together.   Could books or texts ever hold contemporary cultures together? Map our collective consciousness? The days of holding entire cultures is probably gone. But is it possible to map the lives of small communities that we form through our own choice?  Certainly.  Consider it done.