A tiny voice asks: What happened to history? 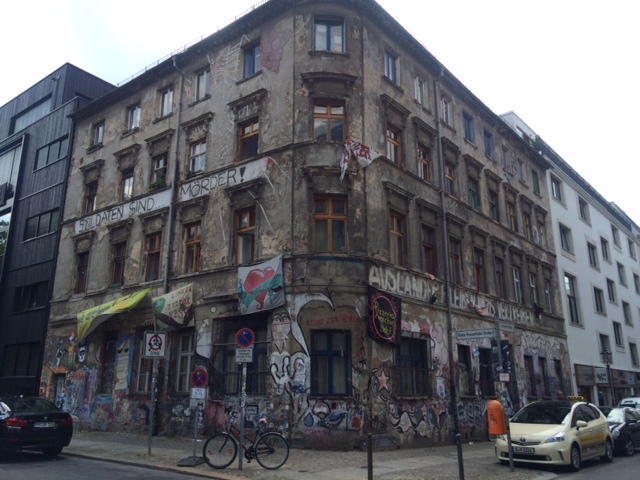 Israel sensitized me.  That country where history is yesterday and always on the verge of existential struggle changed the frequencies of my antenna.  It was like being in a glass house of history, completely exposed. Running to the bomb shelter made me acutely aware of myself in a moment that is conditioned by the past and a springboard for the future.  The desire to bring memory forward has been coursing through me since I left.

That’s why I’ve been feeling so oddly disoriented in Europe’s glass houses.  There are magnificent glass constructs in new museums and airports, bound with steel rods and pegs.  But the chain stores that fill the old historic districts block a sense of history.   I am acutely aware of what is being said and what isn’t.  What is: Mango, Desigual, American Apparel, Brandy Melville.  What isn’t: the real fabric of society with its bloody struggles, its chauvinism and intolerances, its layers of ideologies.  Judging from a collective tour of European capitals, from my whirlwind tour and the reports of friends, cities from major to provincial, in Austria, Spain, France, are doing the same thing.

The exception might be Germany: German soul-searching and condemnation of its Nazi past has been thorough and front-forward for decades.  Walking along the sidewalk, looking down and seeing a plaque with the name of a Jew, the date of his or her arrest, camp deported, date of death is a jolting part of life in Berlin.  This is not a cultivated museum experience for those who want to know.  Kreuzberg, especially, is messy.  Their squatters expand into the center, occupying buildings and keeping real estate developers from driving out the locals.  The usual scenario is that people who can’t afford to renovate their historic houses go to the outskirts, leaving the field to those who prettify everything for sterile presentation.   Berlin is the center for European art; somewhat self-consciously it wears its Brooklyn-cum-Berlin on its sleeve.

The French now lament, “Mixitude.”  The Greeks said “agora,” the gathering place for democracy.   (Actually the word is a fusion of “I speak in public” and “I shop.”)  The retreat to self and those like ourselves has ushered in hideous wars in the recent past.  Shouldn’t we be reminding ourselves of that everyday?  When you don’t see people different than yourself, how can you know anything of the other?

This entry was posted in Uncategorized and tagged #Israel, Berlin, consumerism, Kreuzberg, travel. Bookmark the permalink.

3 Responses to A tiny voice asks: What happened to history?