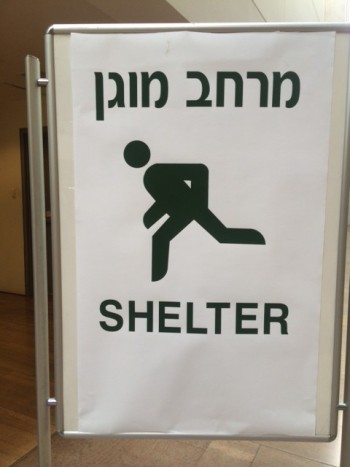 Some trips are marked by missing flights and sleeping in Heathrow overnight, or spending a day at the Embassy kibbutzing with the agents to prove you’re who you are so they can replace that stolen passport.   Some trips find you delayed due to debris falling over northern airs, or blizzards.   Or bouts of diarhea that leave you clutching your cramped and useless stomach.  This trip was different: it was framed by dead bodies at beginning, at the end; and had a dead body in the middle.  And my stay in Israel spanned only ten days.

Day 1. Two hundred women were about to start dancing at an outdoor restaurant in Tiberias as the sun set over the Mediterranean.   The leader of this Jewish women’s renewal trip took the stage with tears in her eyes.  The bodies of the three kidnapped teenage boys had been found.  The dance became a mournful sobbing vigil.

Two days went by, while we rode camels, floated like corks in the Dead Sea, felt baked at Masada, heard pertinent lectures, felt overwhelmed with so much experience and so little time to process.

Day 3.  During the intense shiva period, in the early morning of Ramadan,  a Palestinian teenager was kidnapped from E. Jerusalem.  Most of us intuitively felt it was retribution.  In a country where everything is personal, where tribes are as deep or deeper than race in America, it was almost too obvious to miss.  Most were genuinely revolted.  But as the world judged before knowing, some in Israel floated other possibilities – the boy was gay, that it was an honor killing in a crazy family.

Day 5. As a taxi was taking me back from a free afternoon in Jerusalem, he pointed left, over there, to the nearby neighborhood where Palestinians were rioting after the burial.  Part of the light rail that links their neighborhood to the city had been attacked.

Day 6.   The police, who must have known earlier, announced the arrests of six young radical right Jewish boys.   As the taking of innocent life is forbidden in Torah, many were shocked.  They’re not “us,” the religious were quick to say.  There are always a few bad apples, they give us a bad name.

I read that there are boys from ultra-Orthodox families who can’t cut it in the demanding world of yeshiva.  They drop out, their parents can’t deal with them and shun them, secular society doesn’t integrate them.  They are prey for radical fringe that channels their anger into nationalist fervor and recruits them for dirty work.  It’s a fringe of teenage boys and ugly adults.

Then began the horrible tit for tat that became a week of intense shelling and war.  Hamas started launching bombs at southern Israel, Israel responded with extraordinary power.  Once it started in motion, everyone could see the “play” or “Greek tragedy” coming and felt powerless to stop it.  Each attack needed to be answered with a bigger, louder bomb.  In the Middle East, being perceived as “weak” is as good as dead.

By Monday night, day eight as the trip was ending.    I went to Tel Aviv with my friend Barbara.  That’s when the bombs started reaching Tel Aviv.  Just out of the shower, wrapped in a towel, I heard the circular whine, the unmistakable high pitch of anxiety as the air raid siren went off.  “We have to stop meeting like this,” I said to a German man as we huddled in the bomb shelter in painful repitition.  The only people watching the World Cup braved the street that night.   In the dark, we saw the succession of German goals, like clockwork on the flat screens, as we walked the ten blocks home from dinner.

By day ten and eleven, we’d experienced five more attacks.  Meanwhile, Gaza was being pounded with inordinant fire and the world was seeing pictures of suffering inflicted by the “bully” Israel.   We got an email that a woman on our trip was staying in Israel as a lone soldier, a volunteer in the army, and was looking for contributions of clean socks and granola bars.  There is nothing like “being there” to clear the sinuses – one feels very sharp, on point, experiencing the reality of what it is to live in Israel.  The poets influenced me – especially Yehudi Amichai- and they still will as I travel on to the old land of conviviencia, Spain.

This entry was posted in Uncategorized and tagged #Hamas, #Israel, travel. Bookmark the permalink.