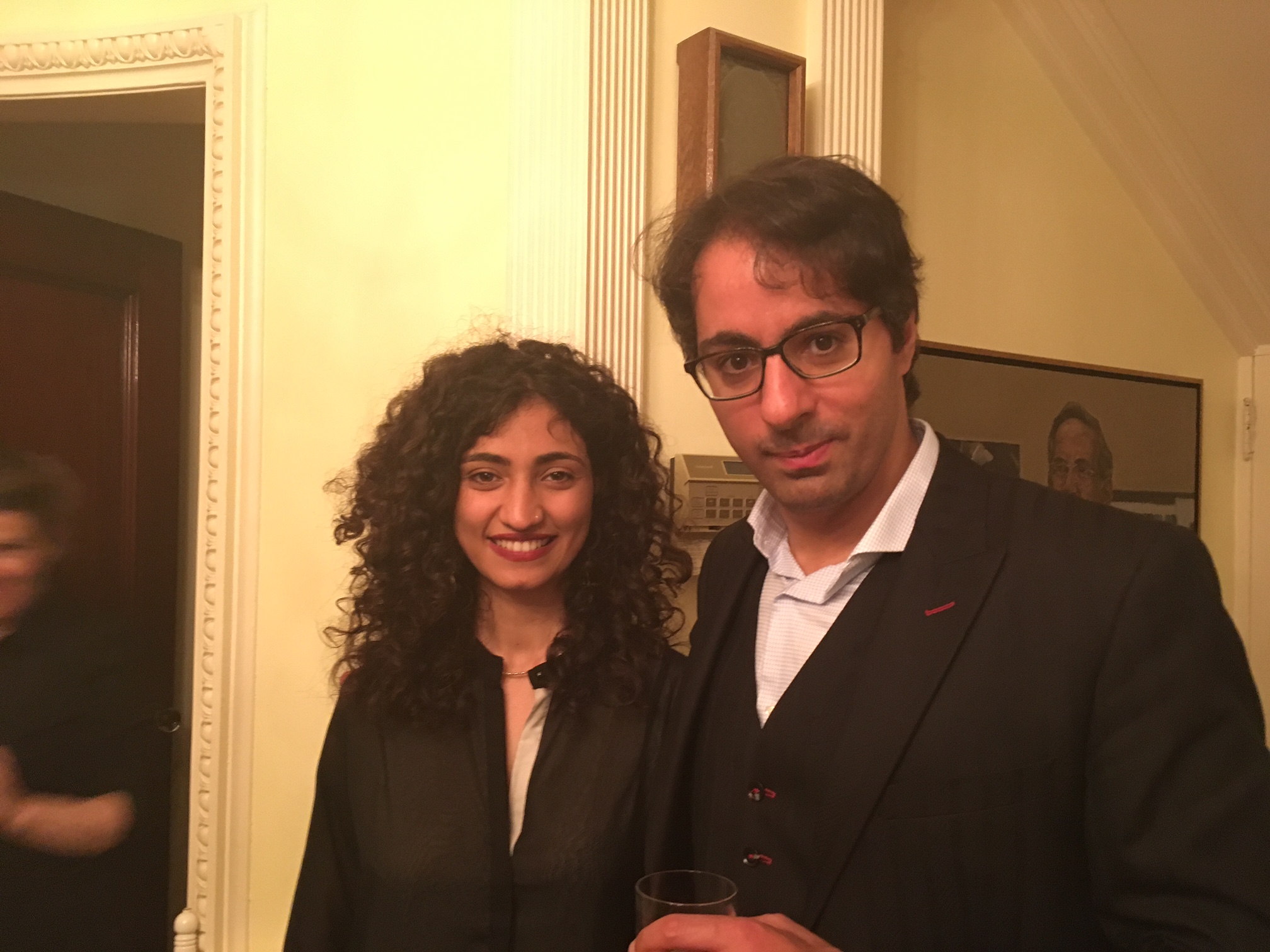 We imagine Israel as the quintessential polarized society, for decades before Trump showed the US how divided we are ourselves.  I was keen to hear from Polyphony, an Israeli group whose mission is to bridge the divides through music.  Walking to the house concert in Providence, I mused if such a thing is still possible. I wondered if the conversion of “opposition” into “enemy” and now “devil incarnate,” has exhausted our chances for coexistence.  Has humanity, though our horrid behavior, outstayed our welcome?

The stage was a rotunda in host Lynn Holstein’s elegant 19th century house.  Mais Hriesh, a delicate beauty with tendrils of dark hair, had come to Providence via Bard College, where she now studies, via hometown of Nazareth.  She began playing her thin flute, and the music floated.   She made Claude Debussy’s composition “Syrinx” into pure conversation: threads of thoughts, feeling, indelible mode of intimate expression.

Saleem Ashkar came to the piano and lifted his metaphoric tuxedo tails. An international star of the concert halls, also born in Nazareth, Saleem immersed himself in a different tone of musical conversation. He took us through darkness and back with Beethoven’s Appassionata Sonata. It’s an extraordinarily demanding piece with wrenching passages that had him pounding and wailing and hovering on the keyboard.

The music implicitly answered all questions: “the indomitable human spirit” that Saleem mentioned in conversation was vibrating in all of us.  With his suave but relaxed charm, he brought up the image of oppression and freedom.  Chess player Bobby Fischer once said that if he were in prison cell, he only needed a chess board to be master of his world.  The Arab-Jewish Polyphony venture, which involves 10,000 Israeli students, offers the invaluable: “When you master a thing, you create your reality,” Saleem said.  “We overcome outer reality with an inner reality that is creative and constructive, and constructs a new reality.  It begins with the inside.”

Polyphony is based in Nazareth, the largest Arab city in Israel, and grew out of East-West Divan conducted by Daniel Barenboim. Saleem’s younger brother, Nabeel Abboud-Ashkar, is the co-founding dynamo who helps organize the pyramidal structure of music education, conservatories, and youth and professional Jewish-Arab orchestra.  Polyphony, the beauty of the many-voiced conversation, is not only beautiful, it’s survival.

One Response to Polyphonic Survival