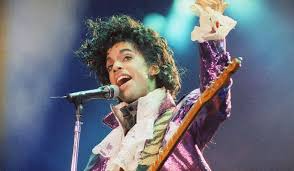 In the days since Prince’s death, the appreciation for “impurity” is stunning.  On the one hand, both livid racism and identity politics are drawing people towards purity – witness the anger at appropriation and enforcement of separation.  Yet Prince – the synthesizer, the polyvalent, the Dionysian mystery, desire in all its forms including the unknown – supercedes all.

Millions of the bereaved speak about Prince from a personal sense of loss. Without self-consciousness for whether they are straight, gay, black, white or other, people of all kinds are testifying that Prince was their guy. The power of art and theater makes the symbolic step possible. As one critic wrote of Prince’s tantalizing sexual play, his hotness, “Everyone wanted to sleep with Prince or wanted to be him – or both.”

While music and sex were his material, it didn’t rest there. Music or sex wasn’t the end or object. “What was subversive was that it didn’t matter how you got off – as long as you did,” Suzanne Moore writes in the Guardian.  You only have to look at his dancing. It was a precise, limbed invitation to ecstasy. “His imagination, it seemed, would just keep breaking down boundaries until they dissolved altogether. This pushing towards transcendence, which all the best music can do, is what he lived for; the holy trinity of funk and filth and faith met in him. Faith so often seems an intrinsic part of music that takes us to another realm,” Moore continues.

Prince latched onto a live wire at the core, and that wire has no boundary or name.  And that people understand.

This entry was posted in Uncategorized and tagged #Prince, Prince death, purple one. Bookmark the permalink.

2 Responses to The Purely Impure Prince