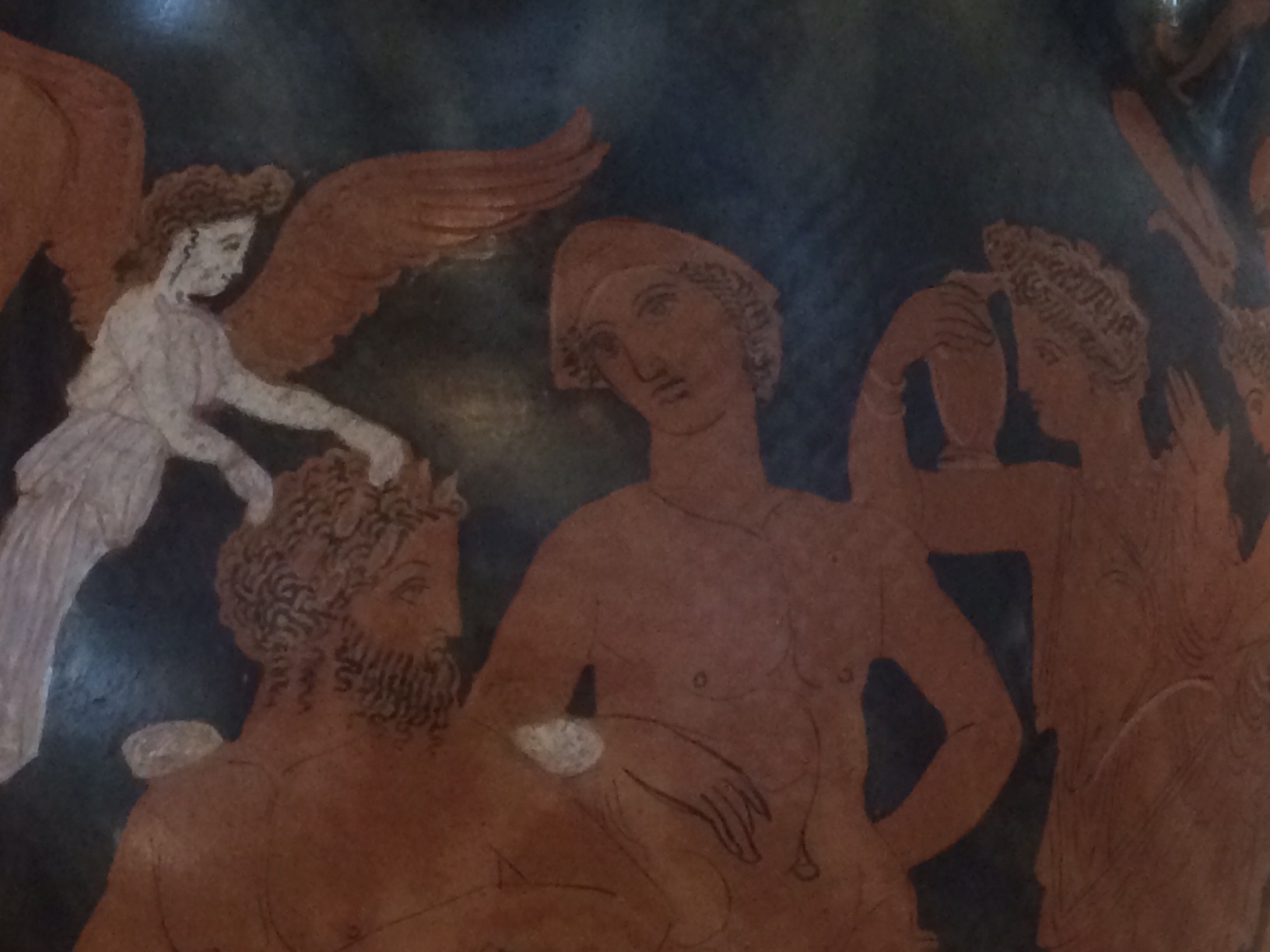 I’ve been traveling through Bulgaria trying to get a handle on its nature.  Is it East or West, Mediterranean or Slavic, old or modern?  Something clicked when I remembered that Dionysus was called “a foreign god.”  And that dazzling, charismatic god came from Thrace, name of ancient lands of Bulgaria.   Ah hah!  Not because holiday makers are staggering drunkenly in fields, stripping and dancing ecstatically.  They are not having sex with maenads in enlightening mysteries – or at least not that I know.  The main mysteries I’ve seen are the crowds on the town beach, lying cheek to jowl on the crescent of sand squeezed between rocky cliffs, under the hot sun.

It’s that Dionysus came to the Greeks as an outsider, and remained different.  He was an Other even when he got his own status, canonized on Mt. Olympus.  And Bulgaria is that dazzling star that was on the edge of the Greek world, that was both great and was always on the margins.  Even though Bulgarians see themselves at the center, they have a doubleness: their relations with more powerful neighbors have shaped their history.

Back to Dionysius, who before becoming god of Ecstasy was the main Thracian god of life, death and rebirth.  Taken to Greece, he came to represent others that don’t fit into conventional society.  Other ways of looking, other ways of arriving at knowledge.  Ways of participation outside reason, of receiving the epiphanies that arrive from elsewhere.  Dionysus is “the god that comes” when you least expect it.

Twenty-five centuries ago in the 4th century BC, the Thracians formed a bilingual “multicultural” society with Greek settlers in this modern-day polyglot beach town that has been called Apollonia, Sozopolis, and now Sozopol. That’s the alluring charm of Bulgaria, crossroads for so many cultures, invaders, languages, tragedies, multiple ways.   Lying on the beach squeezed between rocky cliffs, in a packed smattering of humanity, I never knew how many languages I don’t know.   There is something very civilized, worldly, humane in these old stones, these cultural bones.