WRITING OUR HOUSE IN EXILE 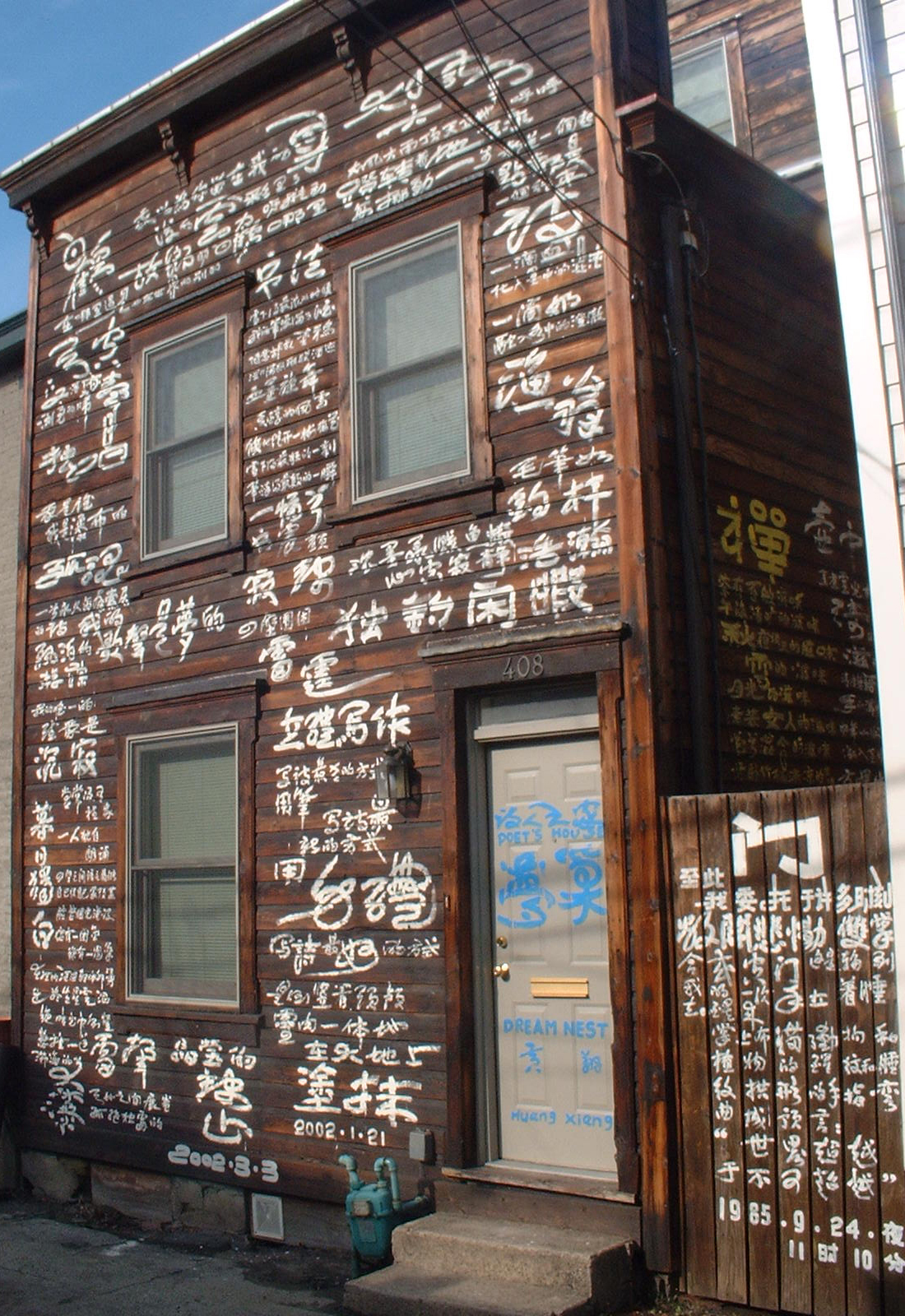 My trip to Pittsburgh last week was short, but long in my thoughts. My eyes were constantly being opened. Especially when I learned about the City of Asylum, a place that gives “santuary to endangered literary writers.”

Somewhere in my mind, the “City of Asylum” would contain us all.   In my imagination, Pittsburgh became a place of shelter, of openness and protection for all writers. What literary writer isn’t endangered? We’re tossed in the global world, in the cruel byte-world of digital culture. We’re on many shifting tectonic plates. We’re all sliding in one way or another – but here, in my new hometown built on the old hometown, was a place of hope.

My fertile imagination began to spin. I might have been that writer up on the hill in a city of culture if I’d stayed. Or rewriting my past, this was my family, giving me literary shelter in some deeply desired way.  Place and time intersected magically.  There is resonance as a reader.  I used to hide late at night in the closet of  my childhood bedroom with a book, but here – in past as present, or present as past – was an asylum for readers.  The construction of imaginary cities is always a fascinating project.

But then I realized, of course, that it wasn’t about me – a useful reminder, especially in the hometown which is built of emotions, memory, and tangible reality.

The reality of City of Asylum made it worth letting go of my personal fiction building. Better, I built on it. They are writers and poets on a grand and global scale – those who have been persecuted, jailed often tortured by their repressive regimes. For two years, City of Asylum provides them with a house, salary, medical benefits and legal aid.

It started in 2004 when Diane Samuels and husband Henry Reese welcomed its first writer, Chinese poet Huang Xiang, onto Sampsonia Way, an alleyway on the Northside of Pittsburgh. He’d spent twelve years in jail and labor camps for participating in the Democracy Wall movement. Ebullient and irrepressible, Huang Xiang arrived in Pittsburgh wanting to splash his poetry everywhere. He wanted to carve it on Mt. Washington, the hillside that rise from the famous three rivers, that make the Golden Triangle of the city. Knowing that wouldn’t fly, he painted his poem on the bare clapboards of his house.

Huang Xiang was an unusual addition to a neighborhood on a hill separated by hills, like many in Pittsburgh, where men used to work in the steel mills until there were none. Kids would wander by, looking at him strangely. He’d respond with the only word he knew: “Okay!” When anyone asked him anything, he’d say, “Okay!” and launch into a recitation of his poetry, jumping, waving his hands and shouting in Chinese. The intial absurd humor of the scene became a recognition of the passion of his words, the passion of his being, the strange in all of them. Before long, people were slipping their own soulful words in his mail slot.

In 2006, Wole Soyinka came to Pittsburgh and wrote a moving text, testimony to his creativity and steeliness during his two years of solitary confinement. He, along with Salman Rushdie and Russell Banks, were inspiration and supporters of this project.

The writings are centered on the ability of the imagination to destroy confinement. Time and place can be, occasionally, or often, overcome by tremendous force of will.   The efforts of well-connected have meshed with the people of Pittsburgh and this neighborhood to create a community. As it turns out, I am part of a great city that welcomes and shelters writers. The idea that it can contain us all is not so crazy.

One Response to WRITING OUR HOUSE IN EXILE