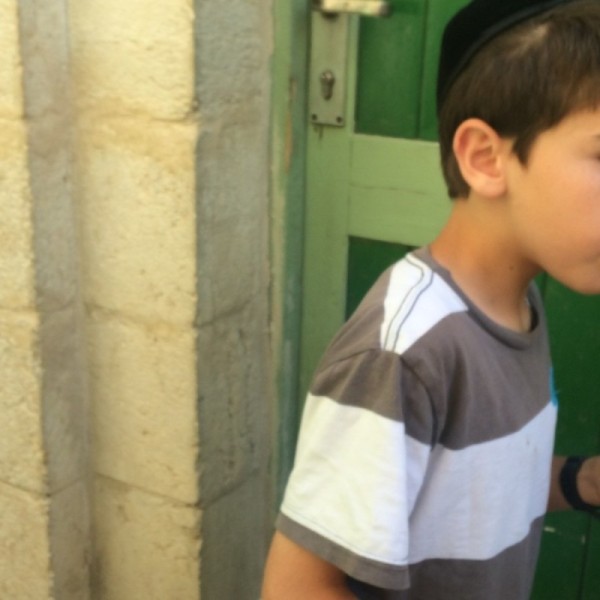 While Tel Aviv was basking in the sun at the beach, the other light has been the gesture of recognizing the stranger. Rachelle Fraenkel, mother of the slain teenager Naftali, cut through an enormous mass of insecurity, fear, hostility when she made the simple gesture of recognizing the suffering of Muhammed’s parents. She picked up the phone while sitting shiva and said, “No mother or father should ever have to go through what we are going through, and we share the pain of Mohammed’s parents.” She made strong, public statements about the “shedding of innocent blood” and recognition the humanity of the other.   When 250 Jewish mourner crossed the lines of difference by making a shiva call to the Abu Khdeir family in Shuafat, they did the same. There have been strong opinion pieces in the papers that scream out against hatred.

While such recognition might be obvious, it is not. In the tense days before six Jewish boys were arrested, I heard from the right: “I have only have so much compassion inside me. I am bleeding for the three Jewish boys. I don’t have it for the Palestinian.” And from the left: “I know I should, but I just don’t feel sorry for the boys.”

A contemporary philosopher Richard Kearney, proposes in his book Anatheism a new way of coming back to God, after the old theologies. He writes about taking the wager of welcoming the stranger when he or she appears at your door. Hospitality is a theme of Levinas, Derrida and Ricouer, but Kearney explores it as his main model. He cites Abraham and Sarah’s visitation by three strangers in the desert.   After a period of confusion and disorientation, they accept the wager and open themselves. Christianity and Islam have similar key stories. Kearney’s new theology “begins and ends with the epiphany of the divine in the face of the stranger.”

The violence, fervor and fear in Israel and Gaza are terrible and real; and the gestures of last week seem a long time ago, as a good friend who was on the bus to Shuafat writes from Jersualem: “Going to the shiva in Shuafat was important and powerful and probably meaningful. But that seems like a long time ago, as rockets continue to be shot towards us. And hate bubbles up all around.” But that can’t be the last word. It won’t be.

This entry was posted in Uncategorized and tagged #Gaza, #Israel, Anatheism, stranger. Bookmark the permalink.

2 Responses to Enter the Stranger