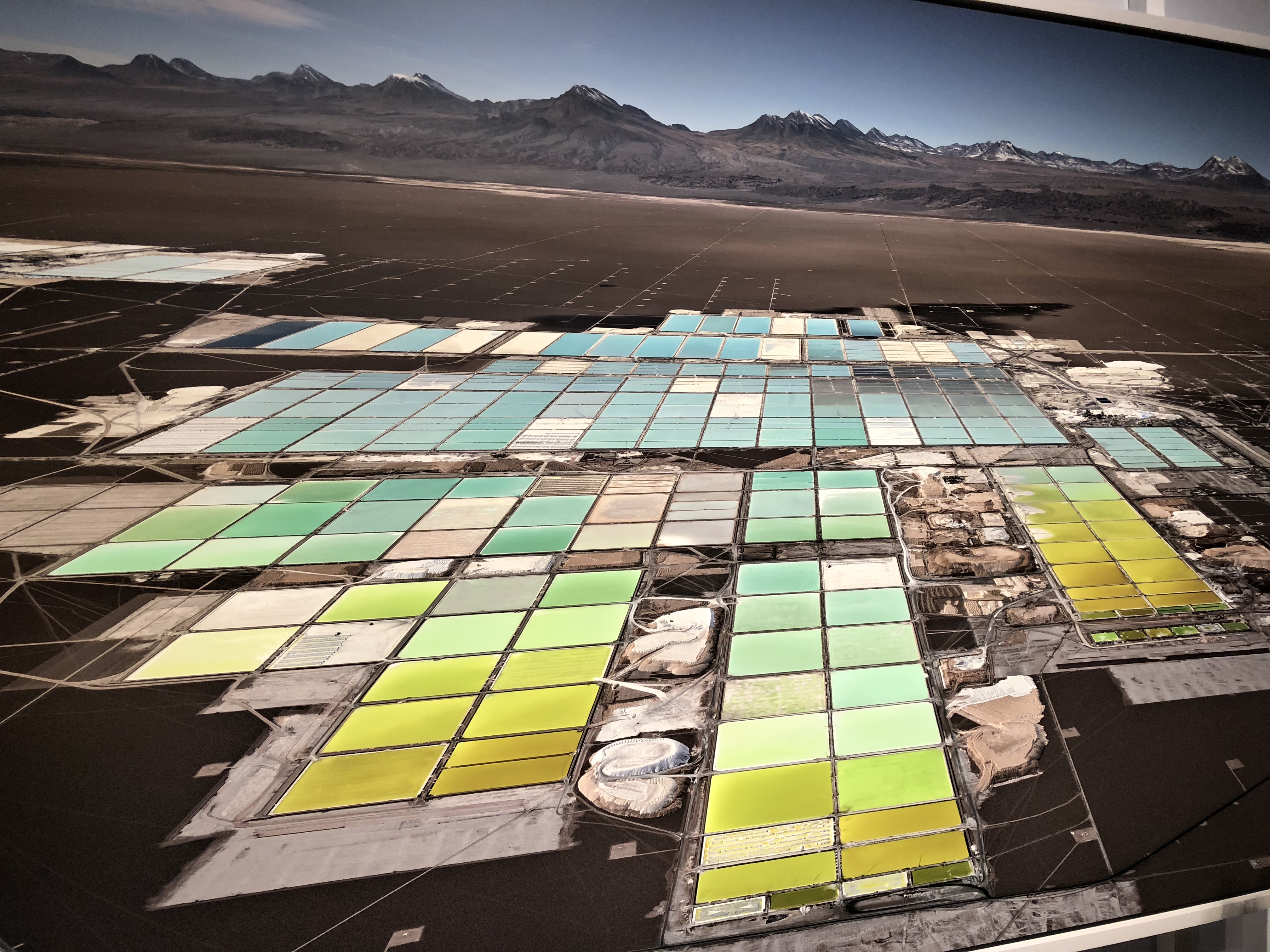 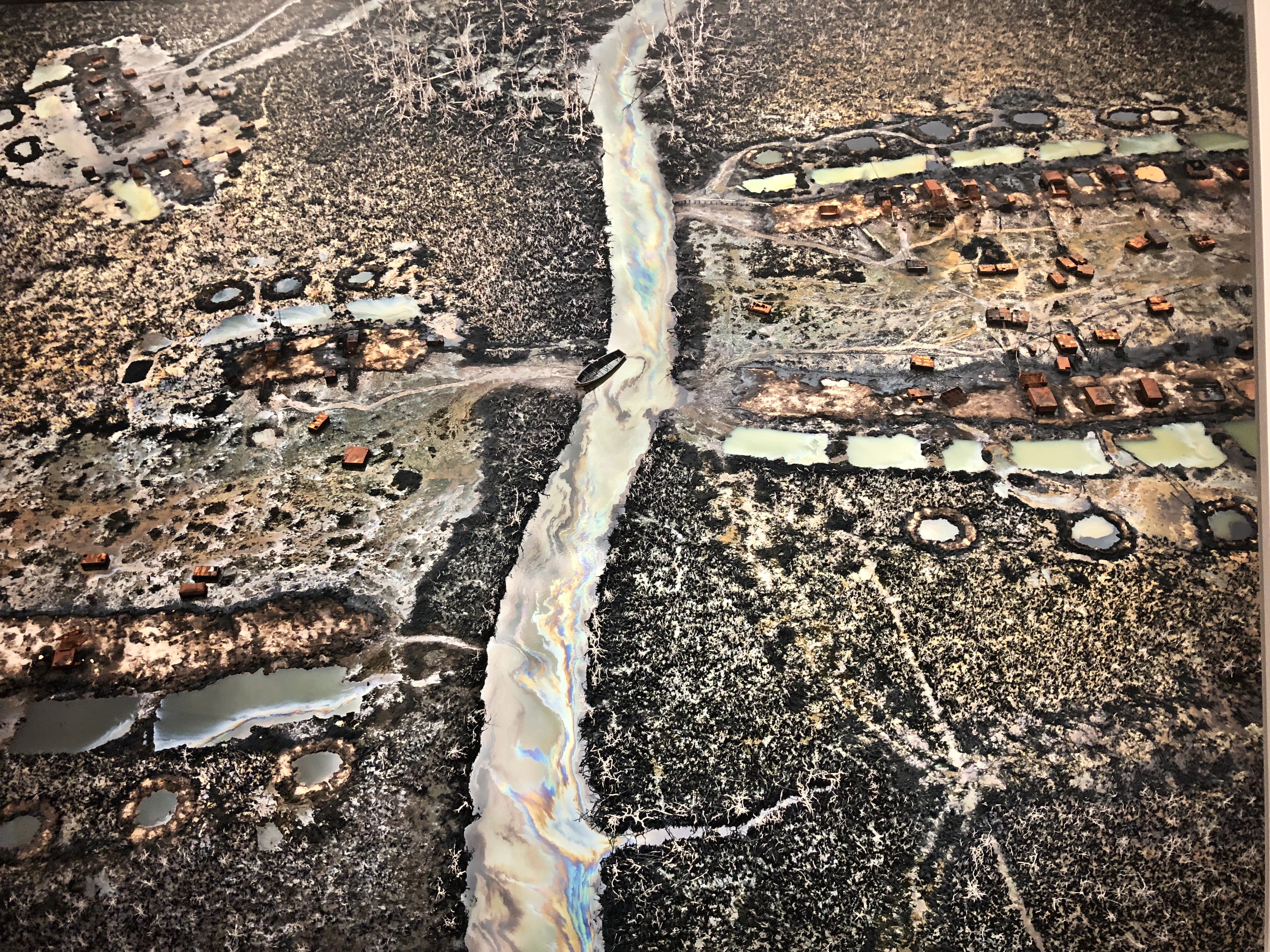 You’ve probably noticed the problem?  It’s about reactions to climate change and the geologic epoch named for our human interference.  In your cautionary Toronto art show, with its corollary film, Anthropocene, you want to bring home the horrors of massive overreach and tread on our environment.  Images abound of our mindless extractions of riches which have rejiggered the look and function of our earth. They are troubling. But what troubled me is that your images are so beautiful.

Why is art so damn slippery?  Artists want to get across a point – but good art rebels.  It says things you never intended.  It confuses the viewer with interpretations that multiply, then undercut each other like fencers in a duel.  They endear us to the artist who seems a mess of competing contradictions.  I get that.

Photographer Edward Burtynsky and filmmakers Jennifer Baichwal and Nicholas de Pencier, have no doubt noticed their attraction to order.  There is pattern galore in those vast swaths of landscape seen from satellites and drones.  There is barely a visible human.  We see soil separated from its marble, sand separated from its oil.  The waters have been separated from dry land, day separated from night.  Like some divine repetition, chaos has been vanquished by the beauty of Order.  Order with its geometric designs, its repeating patterns; its colors garishly bright, iridescent and stimulating, or ochred and “earthy.”

And it was good?  The unfamiliar, in the hands of the artist, has become beautiful.  And the modern viewer is transfixed by a beauty that might be destructive or violent or apocalyptic – spidery mining cavities, the cliffs of plastics.

Death-in-lilfe?  Life-in-death?  Though our modern beautiful is beyond the meditative pastel, a new calm reality might be suggested, visualized on the other side of the dead-ended.  The art might function autonomously, to suggest that in the meditative mazes of roughed-up landscapes, there might be renewal.  A new way.  A place of a certain magic where things out of sense rest with different sense.

What might we be shocked into discovering?  Could the artists help us to overlay the fear of the evolving future with images of shine, seduction, recognition? 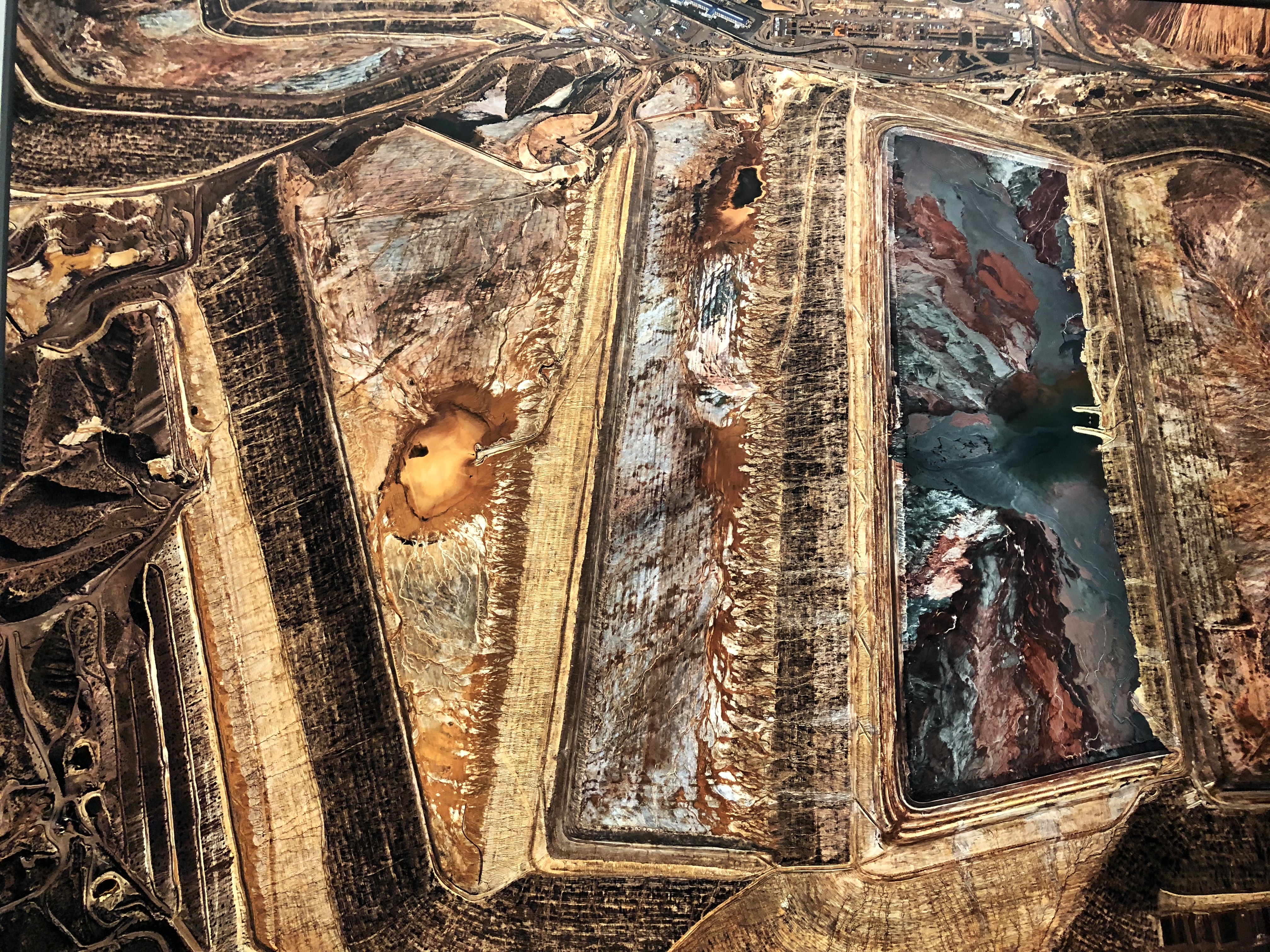 This entry was posted in Uncategorized and tagged AGO, Anthropocene, Baichwal, Burtynsky, de Pencier. Bookmark the permalink.

2 Responses to Anthropocene’s Shock of Beauty