Posted on August 5, 2017 by jillbpearlman 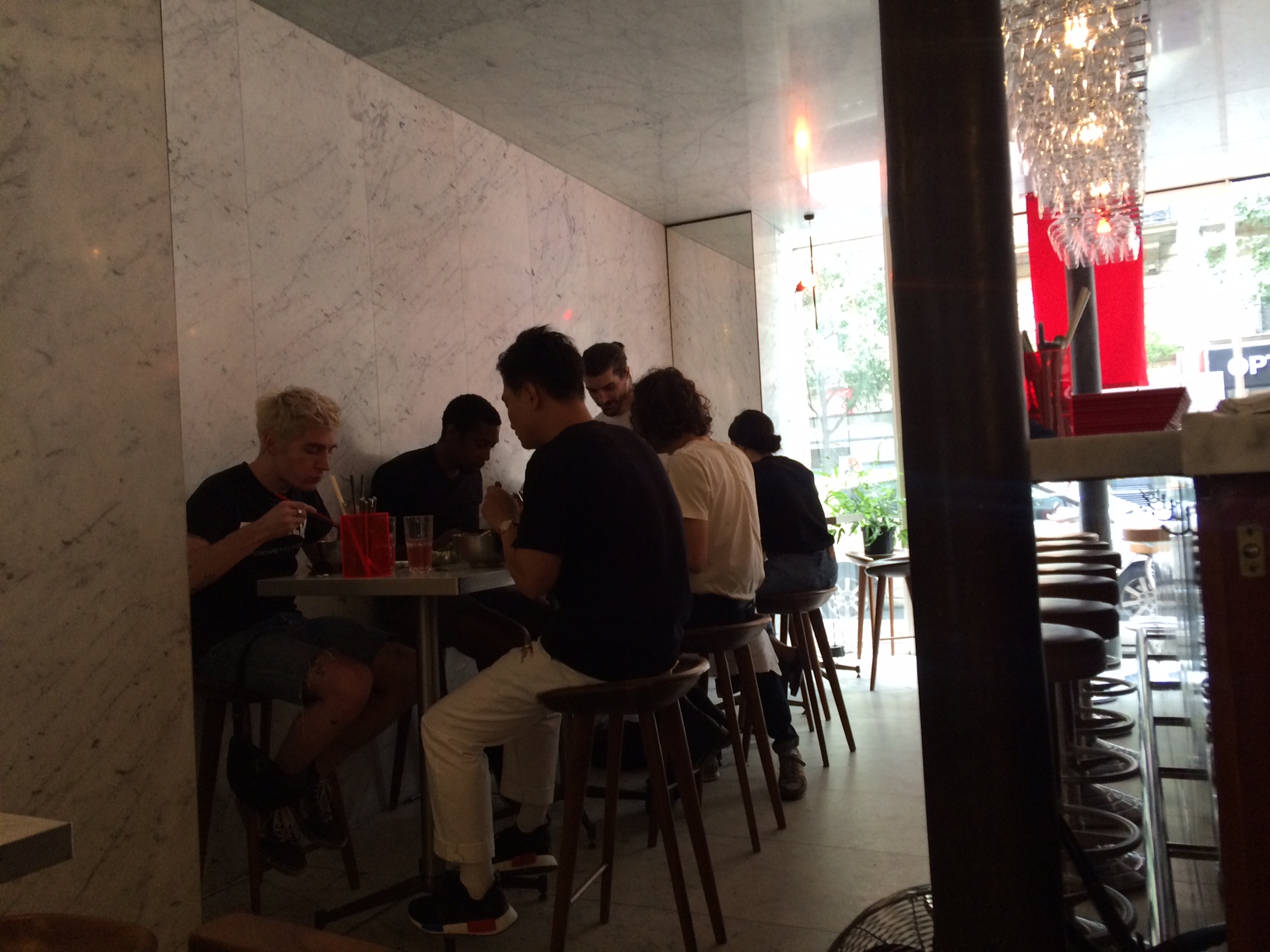 What an irony it would be if Paris becomes yet another generic European city where slick kids move from trendy cafe to darling bar to hip-chic restaurant. The French have always been such maniacs about preserving their rich culture and fabric of life – yet Paris is changing so fast, every corner sprouting a Brooklyn-style cafe, a super cute concept restaurant. The shoemaker and tabac can’t last long; the ateliers and scruffy bistros and all those cafes owners from the Auvergne will fall for new buildings, the latest trend in American hipness that entrepreneurs will sense and recreate in a pack.

The beautiful new restaurants – Daroco in the old fashion boutique of Jean-Paul Gaultier, Le Dapuhin, a white marble square designed by Rem Koolhaas and Clement Blanchet – are lovely, and widespread, and packed. Who fills them night after night? You’d hardly remember the crisis, all that unemployment, threat from the National Front. You’d hardly realize the shifting earth plates at the edges of the city, the traveling soup kitchens near Gare de L’Est, at the edge of Porte de la Chapelle where huge lines of mostly men gather as free meals are dolled out. The tent cities that are pitched under bridges.

Perhaps that explains – in an odd French way – the Parisian preoccupation with the decline of American capitalism, particularly the Depression. This year Pompidou Center hung a giant retrospective of Walker Evans, last year l’Orangerie had an extensive survey of American painting in the 1930s. It’s unclear if they are casting a superior gaze at their favorite cowboy culture, calling out the dangers of rampant consumerism. Or if they recognize shared precedents and vagaries of Western culture. My guess is the first; they snigger as they become more American, and anxious on the way.