Lightness of the Vilnius Synagogue 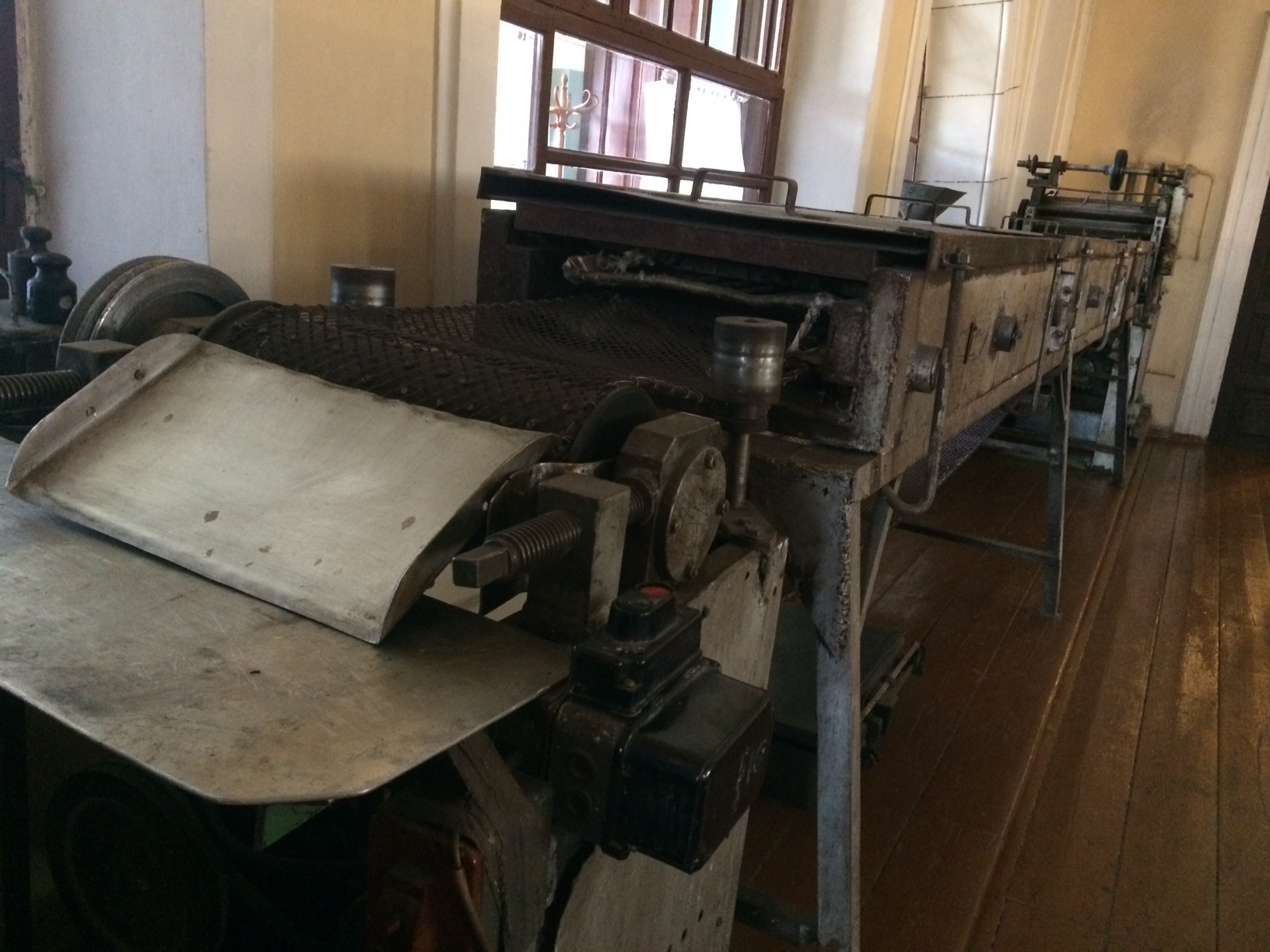 On the streets of Vilnius, Lithuania, I was struggling to align yesterday’s crimes with today’s commerce.  Having fed my imagination with stories and pictures of the Shoah, I was “seeing” the past unfold on the streets.  History didn’t fall away in linear fashion – it was layered, as present as the present, and the contradictions were often too much to bear.

But each time I stepped into a synagogue, what a different feeling!  I was expecting that the heads and hearts of the Jews would be like mine, reeling, full of outrage or hostility.  There wasn’t outrage at all.   There was warmth.

I couldn’t help feel it.  It was a balm for people coming in from the streets.  It was unexpectedly light.  In the sacred space, paradox rested.  In the people were bits of humor, and the heaviness was mixed with all things human.  Yes, almost all of the synagogues were destroyed during the war and few remain; the vibrant community once the center of European Jewish spiritual life is also gone.  There’s no cheer in that.

Enter the woman at the entrance of the Choral Synagogue.  Soft in body, sitting at a table with crocheted keychains and tokens, she buzzed visitors through the security gate.  But this was the most gentle, good-natured “guard dog” you could ever want.  She sat before a remarkable sanctuary built around a Romanesque plan with arches and domes; the central dome was painted sky blue with cloud patterns.  The busy wood patterning, carved throughout, would have made an Andalusian mosque happy. Twice a day, people pray there, managing the minyan of required ten men.

The old man sprily jumped to take us upstairs to the women’s balcony.  There was an astounding old machine formerly used to roll matzohs for Passover.  There were pictures of rustic wood shack synagogues that made up the hundred Lithuanian prayer spaces.  With a brush of his hand, he described what had happened to those synagogues – gone.  We had no language in common. Instead there was smile that had not an ounce of superficiality, that had few teeth – but was a human smile, full of all human experience nonetheless. 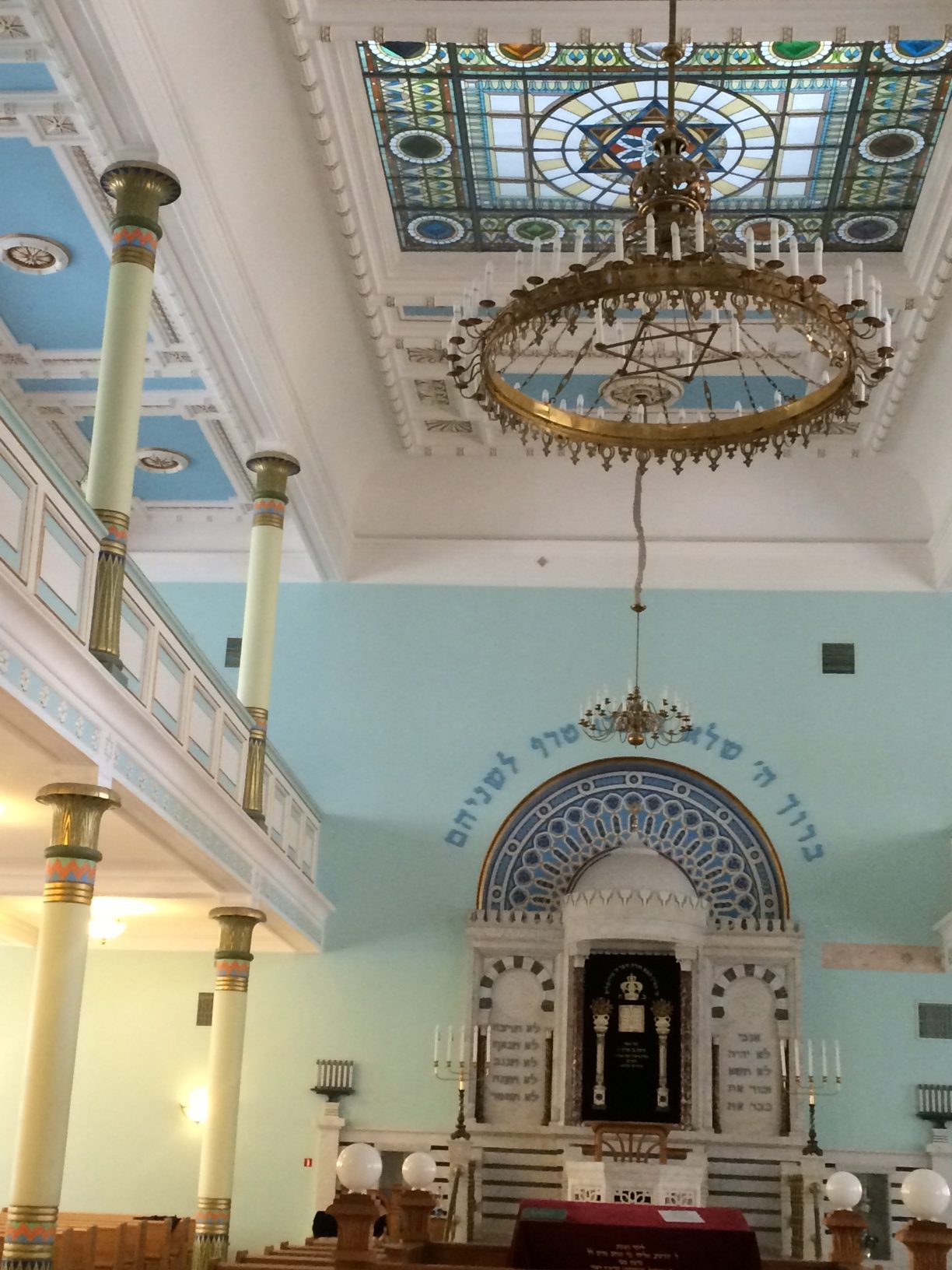 2 Responses to Lightness of the Vilnius Synagogue