Spain with a Bang 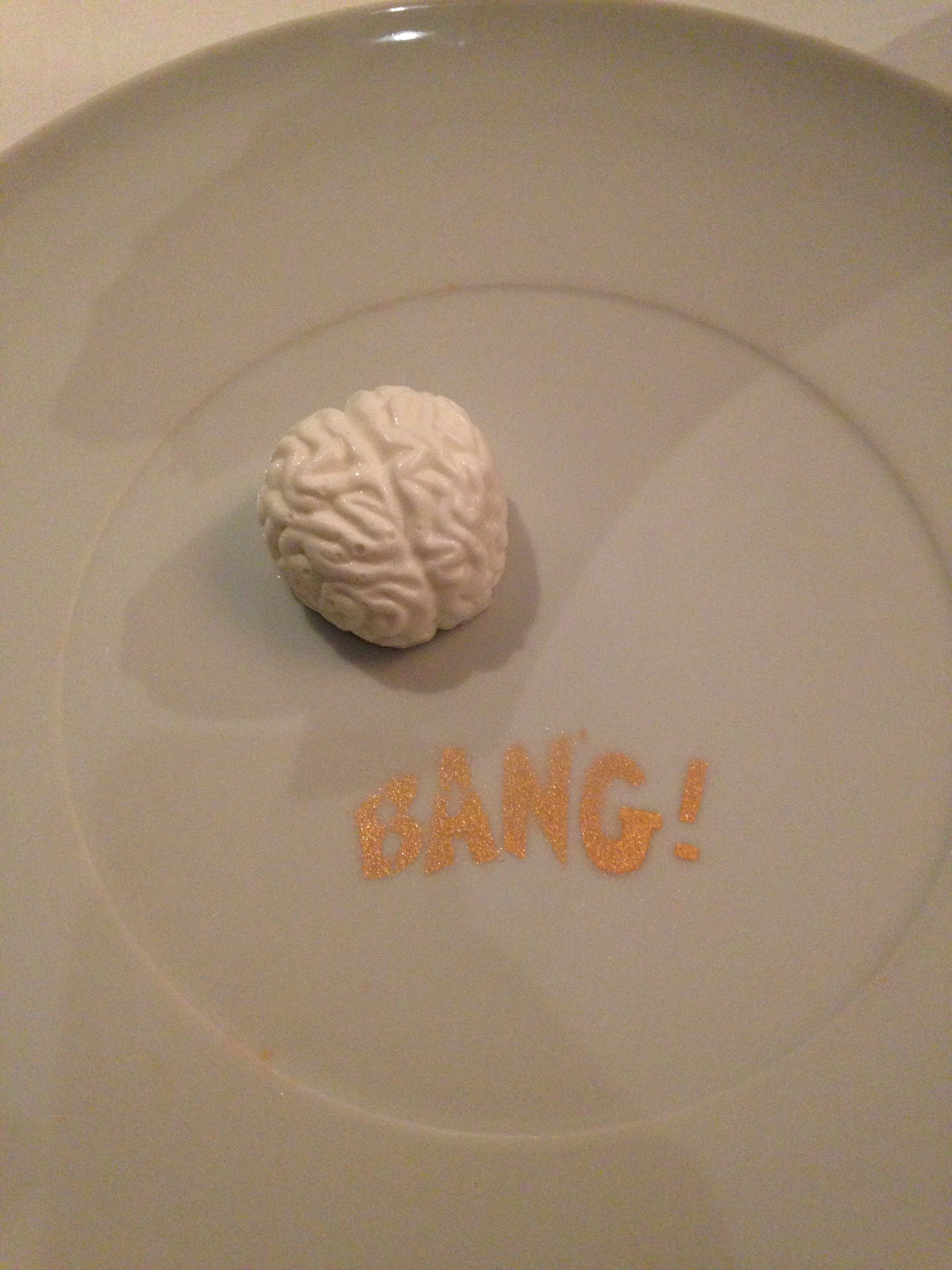 “Spain is different,” the old advertising slogan goes. It’s true – the country has its own way of doing things. There can be something delirious about it, unmoored, seemingly irrational. Don Quixote was written here – Spain isn’t a slouch when it comes to sophistication or ironic cosmopolitan life. It knows paradox as the way it is.

When the economy is bad, when there’s less cash to go around, Spanish chefs are serving up extravagant meals of wild complexity, myriad of layers and colors, sauces and color dots that couldn’t possibly pay the bills. Some chefs dabble in humor, but they all seem to share crazy generosity that make diners dizzy with sensory overload. We had a $36 euro lunch that ran to 2 1/2 hours of gourmet immersion.

Ramon Freixa is certainly not for those on a budget – it’s a two-star Michelin – but stepping into the heart of an extravagant genius seemed like a deal.  We started with the smooth pebble that popped with chilled goat cheese, and little bags of chips pinned to a clothes line that we ate, bag and all.  Then the seven appetizers – from whisper-thin shreds of serrano to potato croquettes with marzipan topped with caviar and gold foil (the gold didn’t even make it onto the list of ingredients when the waiter explained).  They served little tempura with dollop of smoked meat and horseradish cream; the dish of scallop that swirled with ignited dry ice, nitrous or whatever that made it swirl like a planet with ominous vapors.  Fish soup, then fish, then meat.  One dessert, called Quentin Tarantino, was a coconut “brain” that ran with raspberry “blood.”  The meal was like a one-nighter with prolonged separation desserts, ending with candy lips and the bill.

The next morning had an entirely different feel.  The streets of Chueca, the hip gay neighborhood, were slowly recovering from the evening’s debauch; an old couple nourished their customers with tortillas and cafe con leche; the old bar with its stools, a table for four; and the old man stirring warm milk from his pitcher into a cup of chocolate powder.  He poured from the pitcher – everyone attended to the pouring, the slow stream of milk as it filled to the brim.

This entry was posted in Uncategorized and tagged Madrid, Ramon Freixa, Spain is different, travel writing. Bookmark the permalink.

2 Responses to Spain with a Bang